Enjoy an extract
of
The Taken
by
Casey Kelleher 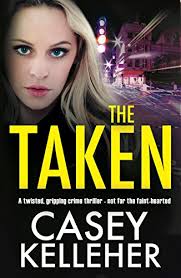 
When you’ve lost everything, you’ll do anything to survive.

Saskia Frost’s world is blown apart when her dad dies. Without any family, she’s on her own now and up to her eyeballs in her father’s debts. He owed a lot of money to some very dangerous men – Joshua and Vincent Harper. Before long, aspiring ballerina Saskia finds herself lap-dancing in a London club to survive. A club run by the infamous Harper brothers. Saskia is now their property and they’re going to make her pay every penny back.

Teenager Lena Cona has fled a cruel and controlling marriage. She arrives in England with her newborn daughter, desperately relying on strangers for help. But she soon learns that not everyone can be trusted as she finds herself caught in the clutches of Colin Jefferies, a twisted individual obsessed by his own sinister secrets. As the sickening truth is revealed, Lena is forced to fight for her life - and her baby’s.

When their worlds collide, Lena and Saskia form an unlikely friendship. But with the terrifying Harper brothers on their tail, as well as Lena’s vengeful and violent husband, can they escape with their lives? 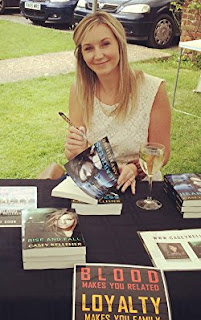 Born in Cuckfield, West Sussex, Casey Kelleher grew up as an avid reader and a huge fan of author Martina Cole.
Whilst working as a beauty therapist and bringing up her three children together with her Husband, Casey penned her debut novel Rotten to the Core. Its success meant that she could give up her day job and concentrate on writing full time.