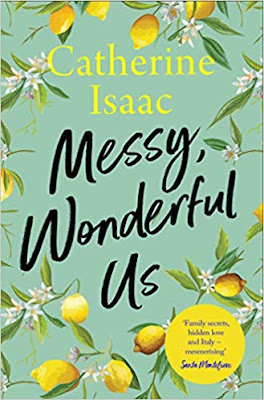 Thank you so much, as always, to Julie W for reviewing this book for me. She has also urged me to read this one as she knows I will love it, so what more of a recommendation could I have and will bump this up my TBR pile!

Review
I absolutely adored everything about Messy, Wonderful Us as it had a great attention retaining storyline, fabulous characters, heartache and happiness.

My favourite characters were Allie and her Grandmother Peggy as both shared a special bond between them and secrets that, as they unfold, make this book such a page turner.

When single laboratory scientist Allie who is passionate in her work finding a cure for Cystic Fibrosis, discovers a hidden letter in her Grandmothers bedroom drawer their relationship shifts and not only between the two of them, but also Allie’s childhood best friend Ed.

Ed and Allie embark on a wonderful trip to Italy, Allie to seek out a man who could possibly be her Father and Ed to contemplate the state of his marriage. As they do they both come to realise that their friendship has always been something more than that, but is it too late for them?

An Emotional and captivating story that I had no problem in giving a 5 star rating.

Posted by Boon's Bookcase at 12:04 No comments: 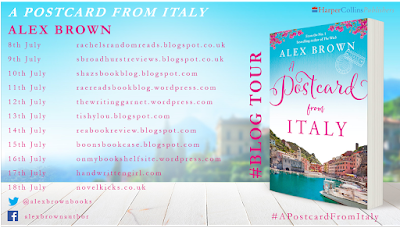 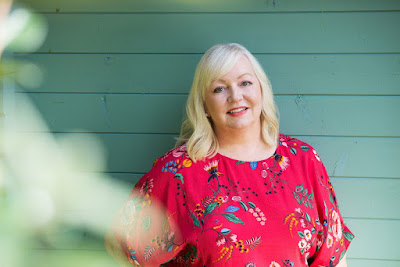 Photo by Philippa Gedge
Alex Brown is the bestselling author of six books and launched her career with the hugely popular Carrington’s series set in a seaside town department store. Alex now writes warm, witty and heartfelt novels centered on the cosy community spirit of village life. Alex began her writing career as a weekly columnist for The London Paper, before trading in the rat race for the good life. When she isn’t writing, Alex enjoys knitting, and is passionate about supporting charities working with care leavers, adoption and vulnerable young people. Alex lives in a rural village in Sussex, with her husband, daughter and a very shiny black Labrador.
Posted by Boon's Bookcase at 06:30 No comments:

Forget Me Not
by
Claire Allan
Blog Tour
REVIEW 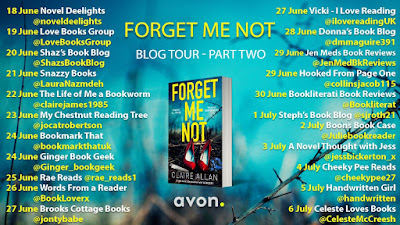 When Elizabeth is walking her dog early one morning, she comes across a woman lying in a ditch. She hurries over to her and finds her just clinging to life. She tries her very best to keep her alive, but hears the words "warn them" and then she fades away. The body is of a young woman by the name of Claire.

Rachel and Julie are Claire's close friends from their school days and are absolutely devastated to hear that their friend has been murdered and brutally at that.

Rachel is married to Paul but has a secret and is trying her utmost to keep it from her husband and two daughters.

Julie is struggling with Claire's death and is falling apart before everyone's eyes.

Elizabeth is trying to keep her own past private, having lost her own daughter to suicide two years previously, but little does she know that Claire knew her daughter Laura and that the killer is linking all the school friends together. Does this mean that they are all in danger?...

Another fabulous read by Claire Allan and one that, given the time, I could read in practically one sitting! It made me suspect everyone and is a real page turner of a book! I'm not giving away any spoilers, so you will just have to get yourself a copy!

I really can't wait to read more from this author.

Posted by Boon's Bookcase at 06:30 No comments: