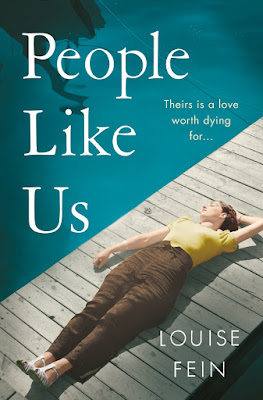 I am so excited to show you the cover for this debut from Louise Fein which will be published next year by Head of Zeus. I can't tell you how excited I am to read this one and keeping everything crossed I will get a copy! I have a little teaser for you below just to whet your appetite...

Hetty Heinrich is a young girl growing up under Nazi rule. With an SS officer father, a brother in the Luftwaffe and a member of the BDM, Hetty is the epitome of a perfect German child.
But Walter changes everything. Blond haired, blue-eyed, perfect in every way Walter. The boy who saved her life. A Jew.
As she falls more and more in love with a man who is against all she has been taught, Hetty begins to question everything. Will the steady march of dark forces destroy their world, or can love ultimately triumph?


Perfect for fans of The Tattooist of Auschwitz, The Book Thief and Kate Furnivall.

Louise Fein holds an MA in Creative Writing from St Mary’s University. Prior to studying for her master’s, she ran a commodity consultancy business following a career in banking and law. She lives in Surrey with her family. People Like Us is inspired by her family history, and by the alarming parallels she sees between the early 30s and today.

Posted by Boon's Bookcase at 14:30 No comments: 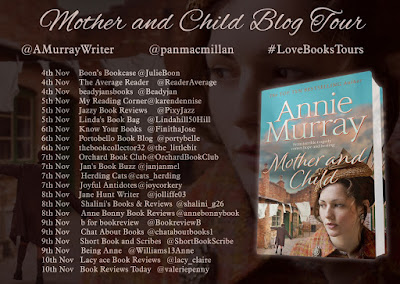 I am so pleased to kick off the blog tour for Mother and Child by Annie Murray. This is the first book I have read by this author, but when I found out why the author wrote it and the charity she supports, I was only too happy to take part. You can read my review of this amazing story below and I will definitely be reading more from this author in the future.


Blurb
Mother and Child by Sunday Times bestseller Annie Murray is a moving story of loss, friendship and hope over two generations . . .

Jo and Ian’s marriage is hanging by a thread. One night almost two years ago, their only child, Paul, died in an accident that should never have happened. They have recently moved to a new area of Birmingham, to be near Ian’s mother Dorrie who is increasingly frail. As Jo spends more time with her mother-in-law, she suspects Dorrie wants to unburden herself of a secret that has cast a long shadow over her family.
Haunted by the death of her son, Jo catches a glimpse of a young boy in a magazine who resembles Paul. Reading the article, she learns of a tragedy in India . . . But it moves her so deeply, she is inspired to embark on a trip where she will learn about unimaginable pain and suffering.
As Jo learns more, she is determined to do her own small bit to help. With the help of new friends, Jo learns that from loss and grief, there is hope and healing in her future. 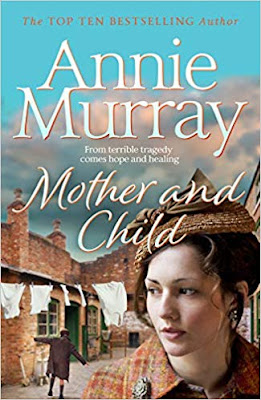 REVIEW
Jo and Ian have lost their only son Paul to an accident, but Jo feels she is losing everything else as well including her personality and even her marriage as Ian has become so distant.


In an attempt to start again, they move to be nearer Ian's mother Dorrie, who is more of a mother to Jo than her real one, who she is not close to.


They move to a new house and Jo decides she needs to integrate so decides to join a local yoga class. Little does she know that the people she meets will change her life for the better.


Jo wants to do a run in London to help a charity that she comes across in a magazine to help people in a village called Bhopal in India where a tragedy over 30 years ago is still being felt and her friends are only too eager to join her.


I have to say that the author deals with the after effects of Jo and Ian's grief brilliantly. Reading this book brought a few tears to my eyes as I too an grieving for my dear Mum who I lost this year.


Superbly written and thoroughly researched, you really appreciate how much work the author put into every word of this book and I would thoroughly recommend it. 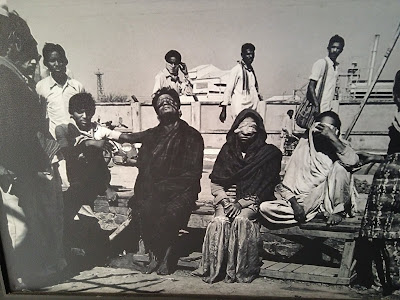 Soon after midnight on the morning of December 3rd, 1984, what is still recognized as the world’s worst ever industrial disaster took place in the city of Bhopal in central India.

A plant built to manufacture pesticide, owned by the American Union Carbide Corporation, leaked 40 tons of methyl-isocyanate gas, one of the most lethally toxic gases in the industry, over the surrounding neighbourhood. This was a poor area consisting mainly of slum housing, some of it leaning right up against the factory wall.

People woke, coughing and choking. Panic broke out as many tried to flee for their lives. As they ran, their bodies broke down with toxic poisoning, eyes burning, frothing at the mouth. Women miscarried pregnancies. Many people flung themselves in the river and by dawn, the streets were littered with thousands of bodies. It is estimated that 10,000 died that first night and the death toll continued, within weeks, to a total of about 25 000. Many more have died since. There are still reckoned to be 150 000 chronically ill survivors. Their plight was not helped by the fact that Union Carbide would not release the name of an antidote to a poison that they did not want to admit was as dangerous as it really was.
The plant, making less profit than had been hoped, was being run down for closure and was in poor condition. Not one of the safety systems was working satisfactorily. In addition, the original design of the factory had been ‘Indianized’ – in other words built more cheaply than would be expected of such a plant in a western country.

This was 35 years ago. In 1989, a paltry amount of compensation was eventually paid by Union Carbide who did everything a large corporation can do to evade taking responsibility. Their comment was “$500 is about enough for an Indian.” That was $500 to last for the rest of the life of a man who could no longer work to look after his family.

The sickness and suffering from ‘that night’ goes on in those who survived to this day. What is less well known about Bhopal however, is that even before the 1984 gas leak, the company had been dumping toxic waste in solar evaporation ponds. The lining used was about like you would use in a garden water feature. This in a country of heavy rains and floods. In the early 80s, people started to notice how bad their water supply tasted. Cows were dying.

Union Carbide closed the plant. They never cleared the site, which still stands in an area of highly toxic soil and water. The water supply in that area is so contaminated that water has to be brought in from outside. In 2001 Union Carbide was bought by the Dow Chemical Company, and is, from 2018, now DowDuPont. Despite having acquired all the assets of Union Carbide they are not prepared to accept its liabilities and clear up the site.

In the months after the gas leak in 1984, the nearby Hamidia hospital started to see children born with birth defects more horrific than any they had witnessed before. These days, because of gas- and also water-affected parents, the rate of birth defects is now reaching into a third, soon to be a fourth generation. The main parallel with the kind of extreme toxic effects would be with the children of Agent Orange in Vietnam.

The only free care in this impoverished neighbourhood for people suffering from the effects of gas poisoning, or to help with very severely handicapped children, is from the Bhopal Medical Appeal. It is to them that all the money from Mother and Child is going.

In the book, you can read more about what happened in Bhopal and about how the book itself came to be written.

Author Information
Annie Murray was born in Berkshire and read English at St John's College, Oxford. Her first 'Birmingham' novel, Birmingham Rose, hit The Times bestseller list when it was published in 1995. She has subsequently written many other successful novels, including The Bells of Bournville Green, sequel to the bestselling Chocolate Girls, and A Hopscotch Summer. Annie has four children and lives near Reading.

To order a copy of the book click here