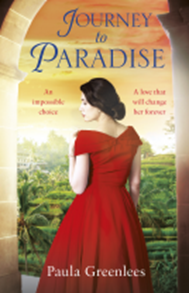 Posted by Boon's Bookcase at 07:00 No comments:

A Postcard from Paris

A Postcard from Paris
by
Alex Brown
I am delighted to be a part of the blog tour for this author’s latest novel and you can read my lovely friend Julie Williams review below.

Review
Posted by Boon's Bookcase at 09:39 No comments: