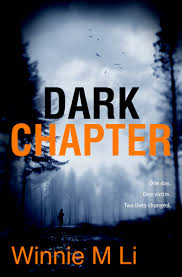 They say events like this change your life forever. That your
life will never be the same as it was the day before it happened.
Or even two hours before it happened, when I stood waiting
for that bus out of Belfast, along the Falls Road to the west
of the city.
Is it melodramatic to think of life like that? Of a clean split
struck straight down the breadth of your existence, severing
your first twenty-nine years from all the years that come
after? I look across that gap now, an unexpected rift in the
contour of my life, and I long to shout across that ravine to
the younger me who stands on the opposite edge, oblivious to
what lies ahead. She is a distant speck. She seems lost from
my perspective, but in her mind she thinks she knows where
she’s going. There is a hiking guidebook in her hand and a
path that she is following: it will lead here, up this slope, and
then along the edge of a plateau to gain the higher ground
merging with the hills above the city. She does not know who
follows her. She is only thinking of the path ahead. But some
things she cannot anticipate.
I stand now on this side of the ravine, desperate to warn
my earlier self of the person trailing her, skulking from bush


to tree in her wake. Stop! I want to shout. It’s not worth it!
Just give up the trail and go home. But she wouldn’t listen

anyway. She’s too stubborn, too determined to hike this trail
on a day this crisp and clear. And now, it’s too late. She is
in isolated country, and even if she were to turn back, she
would inevitably encounter him, because he is behind her.
Watching her.
By now, she has traversed the slope and found the trail
that runs between a sunlit pasture and the steep incline of the

glen. She pauses for a moment, breathing in the beauty of this
green track, the tree branches arching over the path, the bright
field that stretches to her left. She has escaped the city. This is
where the countryside really begins. It seems like a little bit
of heaven, for one last, peaceful moment. But she is perched
on the edge, and to her right, the ground plunges sharply into
the ravine.
The river below is a distant roar. The air up here smells of
manure and sun and warm grass, and lazy insects drift in the
filtered light beneath the trees. And then, glancing down the
wooded chasm to her right, she sees a figure coming up the
slope, trying to hide in the brush of the forest. Something skips
unnaturally in the beat of her heart. Only then, does she realize
she is being followed.
Now, years later, it is as if I am the one following my
earlier self. Haunting her every step, like some guardian
angel arrived too late. She parts the branches in front of her,
and I do it too, invisibly. She quickens her pace to lengthen
the distance between them, and I fall in step. She instinctively
knows she must reach the open ground before he catches her,
so she tries to cover the last few yards of the path as it clears
a ridge. With an invisible hand, I want to hold back the little
bastard, lock him into position like a rugby player, while
shouting to her to keep on going, to reach the meadow and
then abandon the trail, forget about the hike, just head straight
to the busy road and go home. But I am powerless to stop it.
Events must unfold as they already have.
The past is our past. So I am stranded here on this side
of the ravine, watching as he catches up to her. I don’t want
to see the rest of it. I have replayed it enough times already.
If I could just freeze it there – in that final moment, perched
between the sunlit pasture and the plunging abyss – then
everything would still be fine. Only then, it would not be
my life. It would be someone else’s pleasant stroll through
the Irish countryside on a spring afternoon. But my journey
turned out to be a little different.