The White Camellia
by
Juliet Greenwood

Today I have Juliet Greenwood on the blog with an extract and a Guest Post on the best piece of advice she has been given as an author.

1909. Cornwall. Her family ruined, Bea is forced to leave Tressillion House, and self-made business woman Sybil moves in. Owning Tressillion is Sybil’s triumph — but now what? As the house casts its spell over her, as she starts to make friends in the village despite herself, will Sybil be able to build a new life here, or will hatred always rule her heart? Bea finds herself in London, responsible for her mother and sister’s security. Her only hope is to marry Jonathon, the new heir. Desperate for options, she stumbles into the White Camellia tearoom, a gathering place for the growing suffrage movement. For Bea it’s life-changing, can she pursue her ambition if it will heap further scandal on the family? Will she risk arrest or worse? When those very dangers send Bea and her White Camellia friends back to Cornwall, the two women must finally confront each other and Tresillion’s long buried secrets.

Cornwall, 1909
It had not changed.
Sybil stepped to the very edge of the cliff and gazed down at the rambling old house below her, topped with a maze of chimneys, a crumbling reminder of its Jacobean finery.
There was no finery left in Tressillion House, she thought grimly. Even from this distance, the place held an air of ruin and abandonment. No smoke rose up through the chill morning from warm fires within. No bustle of servants, no carriage waiting to take the ladies on their rounds of visits and charitable works in the neighbouring village of Porth Levant. Not even Hector, the stallion, steaming in the frosted morning, taking the master of the house on an inspection of the mine, just visible on the next headland.
This was what she had set in motion, all those years ago. The perfect revenge.
Sybil shivered. She unwound the scarf from her head and breathed in deeply the salt blowing in from the sea, her eyes following the North Cornish coast as it vanished into the distance in the crash of spray against rocks.
The wind tugged at her, loosening her curls from the silver clasp at the base of her neck, sending tendrils of brown hair in a wild dance around her face. Sybil turned back to the house below. She had dreamed of this for so long. The moment she would have Tressillion House helpless at her feet. When the Tressillions − who had once had more than they could ever need, but had not thought twice about taking the last hope from people with nothing − would be destroyed, the survivors learning what it was like to be totally dependent on others.
Was this how revenge felt? Sybil hugged herself, pulling the folds of her coat around her, bent almost double by the grief coiling deep in her belly.
'Beautiful, isn’t it?'
Sybil straightened, banishing any emotion from her face. 'Indeed.' She turned to meet the square, squat little man emerging from the smart new Ford automobile, one hand struggling to keep his hat on his head.
'The best view of Tressillion House,' he remarked. 'You can see, Miss Ravensdale, just what an exceptional property this is. There’s none finer this side of Truro.'
'So I see, Mr Roach,' she replied, almost managing to banish any hint of irony. On their first meeting, the solicitor had made obvious his contempt at a spinster, not in the first flush of youth, daring to invade his offices in broad daylight for all the respectable citizens of St Ives to see. He had changed his tune a little too quickly at the sight of her gleaming new Chevrolet, shipped all the way from New York, and speaking more of true wealth than any flash of diamonds.
Tressillion House had proved a more than usually difficult properly to dispose of, and there were impatient creditors snapping at Mr Roach’s heels. She must have seemed like a miracle, a rich hotelier from America dreaming of owning a property in Cornwall. Who else, the gleam in Roach’s eyes declared, would be fool enough to live in an isolated mansion fallen on hard times, with the rollers of the North Cornwall coast clawing at the rocks on wild nights, and ghosts creaking amongst its rafters?
Sybil replaced the scarf around her head. 'Shall we go?' 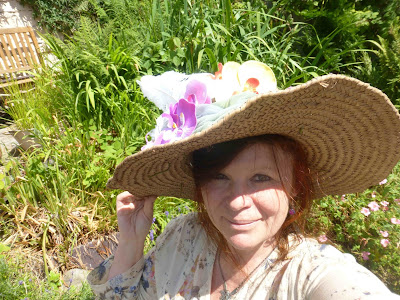 Juliet Greenwood is the author of two previous historical novels for Honno Press, both of which reached #4 and #5 in the UK Amazon Kindle store. ‘Eden’s Garden’ was a finalist for ‘The People’s Book Prize’. ‘We That are Left’ was completed with a Literature Wales Writers’ Bursary, and was Welsh Book of the month for Waterstones Wales, The Welsh Books Council and the National Museum of Wales. It was also chosen by the ‘Country Wives’ website as one of their top ten ‘riveting reads’ of 2014, was one of the top ten reads of the year for the ‘Word by Word’ blog, and a Netmums top summer read for 2014.
Juliet’s grandmother worked as a cook in a big country house, leaving Juliet with a passion for history, and in particular for the experiences of women, which are often overlooked or forgotten. Juliet trained as a photographer when working in London, before returning to live in a traditional cottage in Snowdonia. She loves gardening and walking, and trying out old recipes her grandmother might have used, along with exploring the upstairs and downstairs of old country houses.

The best advice I was ever given as a writer.

The best advice I was ever given as a writer was to think of a ’cello.
If, so it went, you took up playing the ’cello, you wouldn’t expect to go within months to playing at the last night of the proms or the Carnegie Hall. You’d know it would take years. It’s the same with writing and being published.
It’s perfectly true. When I was trying to get published, I did exactly the opposite. I was so in love with the fact that I’d managed to get a story down, and finish it, that I thought it must be wonderful. It was brilliant in my head. Surely other people could see how it was meant to be? Of course it wasn’t, and they didn’t.
I was also rushing to get something out there. After having been seriously ill, and deciding to go for what I wanted to do, rather than what I thought I should do, my day jobs have been fairly precarious, so it always felt like a rush to get something out there before I was forced into taking something with long hours and no chance of following my dream.
The truth is, the books I was sending out weren’t really finished. I thought they were, but part of that was also not having had the experience of working with an editor and learning what it really takes to get a book to a publishable standard. I simply had no idea of the degree of rewrites that are needed, the questioning of everyone’s motive, making everything logical and hanging together, of seeing things from the reader’s point of view, rather than the vision in my head that worked, because I could see it working.
Having said that, the main thing was that I didn’t give up. On I slogged, bashing out a book, getting it rejected so many times there was no point trying any more, putting it away and starting again. Always with hope in my heart. It’s quite odd really, I’m someone who has huge self-doubt and yet is stubbornly determined. I’m part Yorkshire, and it shows. Each knockback, each rejection, and each absolutely and totally never give up the day job, just made me dig my heels in even more.
In one way, it was luck that I sent the book that became ‘Eden’s Garden’ to Honno Press, and they liked it enough to be prepared to work with me, and give me all the ’cello lessons I needed (and a few more that had me gibbering in a corner). But it was also bloody-mindedness. A total refusal to give up.
It was only after I began to work with an editor, and realised what I’d been missing for all those years, that the advice about the ’cello arrived. I often wonder, if I had read it earlier, might I have dismissed it? Muttered about having a degree in English and knowing Middlemarch backwards, and what else does a girl need to be brilliant? Quite probably. As it was, it hit me over the head with the weight of perfect sense.


As I wave ‘The White Camellia’ out into the world, and growl away at the new book that is at the stage of not obeying a word I say, with bells on, I remember the ’cello, and that that the practicing, and the learning, never stops. And that a little Yorkshire stubbornness never did anyone any harm.