I want to wish Sue Watson a very happy Publication Day and to celebrate, I have an extract for you. The Prologue, The Christmas Proposal.

Heart-warming and hilarious, a story that will make you laugh, cry and bring a smile to your face.  Get ready for another deliciously amazing Christmas treat from Sue Watson….

As the Prosecco chills and Bing Crosby croons, Jen Barker just knows that her long-term boyfriend is about to propose.  But instead of a diamond ring nestled in her champagne flute, Jen finds cold flat rejection.  Her once perfect life and dreams of a husband and family seem even further from reach.

A working holiday to the Swiss Alps with her younger sister Jody might not be the Christmas Jen had it mind, but it offers her the chance to recharge her batteries and recover from heartbreak.

When Jen meets handsome ski instructor Jon Zutter her hopes for a happy-ever-after seem within her grasp again. Jon is kind and gorgeous and as they bond over Sachetorte at the picturesque Cake Café, Jen thinks he might just be her perfect man. But a relationship with him comes with a catch – and there are some things even cake can’t fix.

As the snow falls and Christmas approaches, could this be the place that restores Jen Barker’s faith in love? 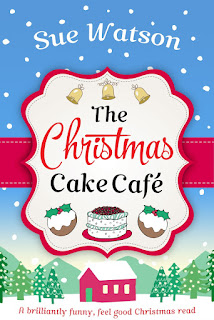 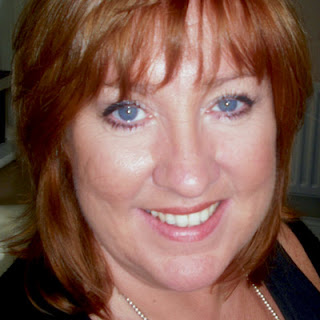 Sue Watson was a journalist on women’s magazines and national newspapers before leaving it all behind for a career in TV. As a producer with the BBC she worked on garden makeovers, kitchen takeovers and daytime sofas – all the time making copious notes so that one day she might escape to the country and turn it all into a book.
After much deliberation and copious consumption of cake, Sue eventually left her life in TV to write.  After a very successful debut novel, Fat Girls and Fairy Cakes Sue signed a three book deal with Bookouture.