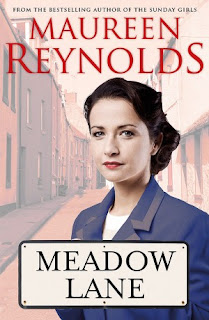 Meadow Lane is the new novel from author Maureen Reynolds. I'm a sucker for a family saga and just can't seem to get enough of them lately! I hope to read this one soon, but if you want to get hold of a copy before me then you can order it here

Maureen Reynolds returns with her tenth book at age 78, a decade on from her debut novel!

Meadow Lane
It’s January 1955 and for the residents of Meadow Lane, a small community of seven terraced houses, each household has its own story …
But when Sadie returns to Meadow Lane from Canada with her son and no husband, she throws the small community into turmoil. She tries to rekindle an old flame, despite him now being married with two children. Then Sadie’s son, unhappy with his mother, runs away, desperate to get back to Canada to be with his father.
Depressed by how life is turning out, Sadie starts drinking, with tragic consequences for those in Meadow Lane which will change all of their lives forever.

Meadow Lane is an epic family saga set over 20 years, beginning in the 1950s, telling the story of ordinary people and their extraordinary lives. 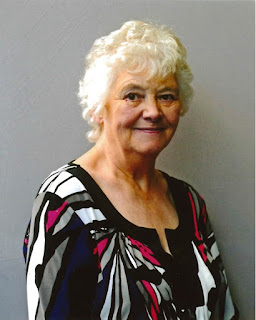 Born in Dundee in 1938, Maureen Reynolds lived with her mother, granddad and brother in two rooms on Macdonald Street. She left school at 15 and has held a variety of jobs, from working in a sweets factory to waitress to school bus driver. Married in 1956, she has four children and seven grandchildren.
Maureen is the bestselling author of Voices in the Street and The Sunday Girls.The Sunday Girls has sold over 60,000 copies in e-book & print form.