Erin Fallon is the eldest daughter of an Irish immigrant who took his family to a small town on the Lancashire/Cumbria border for what he believed to be a better life. It was what her mother wanted, but once she got it, it wasn't enough. She had to have more. Leonard Fitch is an eminent neurosurgeon. His mother was never satisfied either, and her constant demands led to his father being killed in a motor accident. Leonard loved his father; he was the only person to treat him with kindness and affection. He hated his mother but could never stand up to her. Tormented and ridiculed throughout his childhood, Leonard swore to exact revenge on womankind in general, but mothers in particular. At a secluded lodge in the depths of Bleazedale Forest, for four years he carries out the most abominable atrocities with impunity. He takes girls on their birthday and keeps them holed up for a full twelve months before killing them and sending their mothers a birthday card with a picture of their beloved little girl, dead and with their severed feet placed either side of their head. 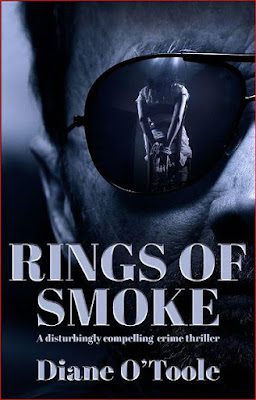 From the very first page, to the very last, this book gave me chills! It starts with the main character Leonard Fitch’s school days and the background as to possibly why he became a serial killer, but as the book goes on it reveals that the relationship with his mother also had a huge impact on his mental state.

The next part of the book tells us of the Fallon family. John Fallen gets a promotion at work and after being constantly nagged by his wife to move to a bigger house, they embark on a new life in a “better” area! But their daughter Erin is very unhappy about the move as she doesn’t want to leave her friends behind. All the while, watching her every move is Leonard Fitch…….

Leonard Fitch is a Neurosurgeon at the local hospital and all his colleagues are very wary of him and believes him to be odd, but because of his status they try to ignore him until one day his Secretary Carole tries to see what he is up to. I am a Medical Secretary and couldn’t imagine working for someone as odd as Leonard Fitch! He would scare the living daylights out of me to just look at him!!

After confiding in a colleague about Fitch’s behaviour, little does Carole know that another member of staff, Heather, has been earwigging. She then tells her boyfriend and they go on a hunt to find out what Fitch is really up to.

Although this book was very gruesome in parts, it also tells the story of families ripped apart by Fitch, the Fallon’s especially.

This is a fabulous story of love and hate and the author describes things in great detail. I had palpitations reading this book, it is such a page turner!! And as I said at the beginning of this review it is gripping from the first page to the very last. The last sentence is still haunting me (no peeking to the back of the book now!!) and I had to read the last two pages a couple of times because I just couldn’t believe what happened! A fantastic ending and I think there may be a sequel coming!!

Utterly brilliant and thank you to Diane O’Toole and Crime Book Club for sending me a copy to review.