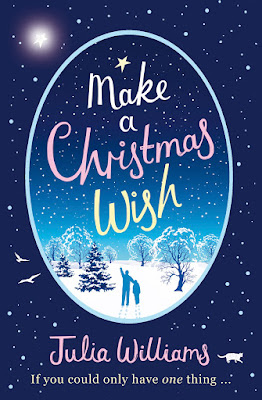 Last Christmas, when Livvy was knocked down in the supermarket car park, she certainly wasn’t ready to actually be dead! For months now she’s floated on the edge of the afterlife, generally making a nuisance of herself.And she’s not ready to go just yet! She’s furious about the new woman in her husband’s life and she’s worried about her beloved son who doesn’t seem to be adjusting to life without her at all.This Christmas, Livvy is given one last magical chance to make everything right. Will she take it and give her family the perfect Christmas?Perfect for fans of CAROLE MATTHEWS, TRISHA ASHLEY and JENNY COLGAN. 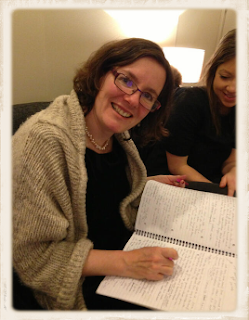 Julia has always made up stories in her head, and until recently she thought everyone else did too. She grew up in London, one of eight children, including a twin sister. She married Dave, a dentist, in 1989, and they have four daughters. After the birth of the second Julia decided to try her hand at writing. Since then she has written 8 hugely popular novels, selling over a quarter of a million copies in the UK alone, and hitting the Sunday Times bestseller list.
Posted by Boon's Bookcase at 19:00