A Parcel for Anna Browne by Miranda Dickinson Blog Tour 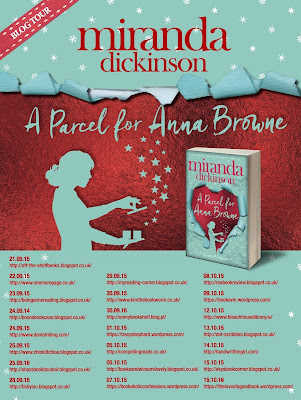 Today it's my turn to host the Blog Tour for A Parcel for Anna Browne and today is a special day as it's publication day!!

I have chosen to give you an excerpt of the first chapter from this book, as I must confess, I haven't finished it yet! I hope it gives you a taster of Miranda's 7th book and having read all of her others, I hope this one proves to be just as good as the others!

The UPS deliveryman waited in line, checking his watch. It had been a long day already and he still had two hours of his shift remaining. Traffic was backed up two miles out of the city on the main arteries and it was only going to get worse as the weekend rush began. He would be late – as he was nearly every Friday evening. His wife would not be happy. Neither would his kid, waiting for Daddy to come home and try out his new football in the back garden. Like he’d promised . . .
Ahead of him a line of three people waited not so patiently to receive security passes. They were red-faced and rude, loudly voicing their annoyance as a young receptionist did her best to remain affable. Too many people in this city were willing to engage their mouths before their brains, the deliveryman concluded. God forbid he should ever have to work in a city building. Trapped inside steel walls, breathing everyone else’s recycled air, office politics as unforgiving as the air con – that wasn’t the life for him. Visiting them on his round was bad enough. The sense of relief he felt climbing back into his delivery van confirmed the rightness of his career choice. At least he could drive away from places like these, even if it was to visit identical buildings somewhere else in the city.
He glanced up at the large atrium, rising six storeys to a domed glass ceiling, the imposing architecture befitting a national newspaper. Marble floors and mahogany fixtures, subtle uplighting and large brushed-steel planters filled with greenery at the feet of a glass lift, which reminded him of a Roald Dahl story he’d read as a boy. It was the kind of building his brother Warren would kill to enter, with his cheap suit and greedy ambition. Not that the dodgy knock-offs his brother peddled were ever likely to get him into this place. Warren could take the mickey out of him all he liked for being a ‘jumped-up postie’, but it meant he could enter fancy city buildings where his brother would never be admitted. That was something. Smiling to himself a little unkindly, the deliveryman stepped forward as the party ahead of him moved on.
The young woman behind the reception desk apologised for his wait. She had a pretty smile, he thought, the kind that transforms a face when it appears.
‘How can I help you today?’
The deliveryman lifted up a package. ‘I have a parcel . . .’ he checked the label, ‘for Anna Browne?’
The woman’s pale-blue eyes widened. ‘Oh. That’s me.’
Her apparent shock made him grin. In a round made up exclusively of business deliveries to corporate offices, it wasn’t often that somebody was surprised to receive a package.
‘You weren’t expecting anything?’
‘No, not at all.’ She leaned forward a little, lowering her voice. ‘I never get parcels – not here or at home,’ she confided, peering at the package.
‘Must be your lucky day, sweetheart,’ the deliveryman smiled, giving her his handheld device and leaning against the desk while she signed. ‘You have a good day.’ He paused while he debated whether or not to say more, and then went ahead. ‘Hope it’s something nice.’

There have been lots of clues about the gifts Anna has been receiving. I came back from a mini break in Suffolk to these charms in the post! 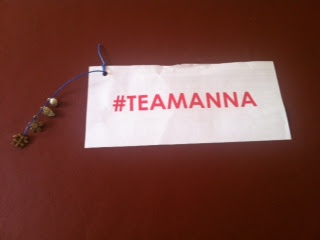 And there have been lots of clues from Miranda herself on Twitter regarding a fabulous Treasure Hunt competition........ 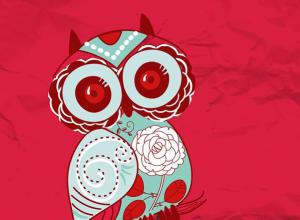 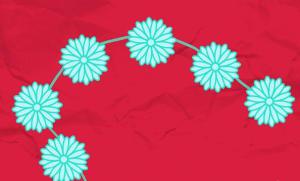 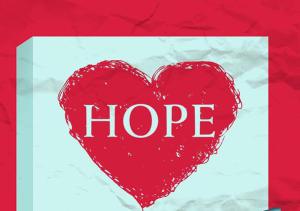 This is going to be such an exciting competition with some fab prizes up for grabs! keep your eyes peeled and don't forget to follow Miranda Dickinson on Twitter to find out more!!