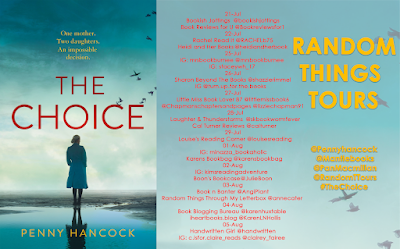 An estranged daughter. A missing grandson. A mother faced with an impossible choice.

Renee Gulliver appears to have it all: a beautiful house overlooking a scenic estuary on England’s East Coast, a successful career as a relationship therapist, three grown-up children, and a beloved grandson, Xavier. But then Xavier vanishes after Renee fails to pick him up from school, and the repercussions are manifold.

Renee is wracked with remorse; the local community question her priorities, clients abandon her; and, as long-held grievances surface, her daughter Mia offers her a heart breaking ultimatum. Amid recriminations, misunderstandings and lies, can Renee find a way to reunite her family?

Renee is a therapist and is used to giving people advice about their relationships, but what is she to do when her own relationship with her daughters means she has to choose between mending the six year estrangement between her and her middle daughter Irene, or seeing her eldest daughter Mia and her son Xavier.

When Renee forgets to pick her Grandson Xavier up from school and he goes missing, the whole family are distraught and panic sets in as to who could have taken him and where could he be?

Irena is Renee’s daughter, but has not been in contact with them for 6 years, having fled to Paris to become an eco-warrior and feels so hurt by having been told by her father and sister that she’s “dead to them” because of not coming home when her father had a stroke. The only person who tried to keep in contact was Renee, but Irena wants nothing to do with them (or so her friend Hermione tells her).

This book has a mixture of love, loss, tension and has a great mix of characters, some you love and some you don’t! I loved it and would thoroughly recommend this one.

Thank you to Anne Cater/Tracy Fenton of Random Tours and PanMacmillan for asking me to be a part of the Blog Tour. 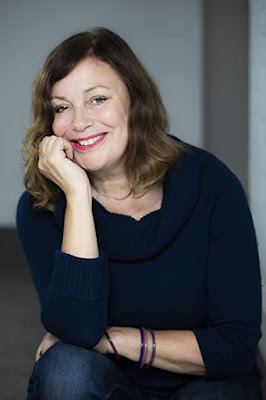 Penny Hancock is the author of internationally bestselling novels including Tideline a Richard & Judy book club pick, The Darkening Hour and A Trick of the Mind and I Thought I Knew You. She writes articles and short stories on family psychology for the national press. Penny divides her time between a village outside Cambridge and her children and grandchildren in London. The Choice is her fifth novel.