Every Shade of Happy 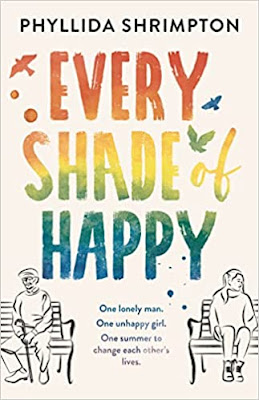 I am beyond happy to say that the lovely Phyllida Shrimpton has a new book out today called Every Shade of Happy. I am hoping to read and review this one as soon as I can, but I just wanted to make you aware of this fabulous author. Her first book Sunflowers in February was reviewed by me back in April 2018 on my blog and to this day, it is one of my favourite books and a story that will stay with me always....

Today I have an extract for you and it is the prologue to the book. I hope to review as soon as I can, so in the meantime enjoy the beginning of Every Shade of Happy by Phyllida Shrimpton.

Algernon is at the end of his life.His granddaughter is at the start of hers.But they have more in common than they think...

Every day of Algernon's 97 years has been broken up into an ordered routine. That's how it's been since the war, and he's not about to change now.

Until his 15-year-old granddaughter arrives on his doorstep, turning Algernon's black-and-white life upside down. Everything from Anna's clothes to the way she sits glued to her phone is strange to Algernon, and he's not sure he likes it.

But as the weeks pass, Algernon is surprised to discover they have something in common after all – Anna is lonely, just like him. Can Algernon change the habits of a lifetime to bring the colour back into Anna's world?

Algernon’s feet, constricted by brand-new leather shoes, dangled a good two inches above a bare wooden floor where he sat. The narrow bed, metal-framed and identical in every way to all the others in the dormitory, sagged wearily beneath him, and a coarse woollen over-blanket made the back of his legs itch. A single pillow, where he was to lay his head that night, whispered to him of other schoolboy’s nightmares still caught inside its cotton slip.

Algernon’s bony knees, poking out from black flannel shorts, sported ruddy brown grazes which peppered their way over the bulge of his kneecaps before disappearing into the carefully folded cuffs of his new grey socks. Dragging a nail along the skin of his right leg he gathered a line of pinprick scabby crusts which, when bringing his finger up close to his face, he was able to examine closely. Each one, he thought, was a beautiful relic of the life he’d left behind. He flicked the debris from his nail onto the floor and watched how a single tear of blood trickled down his shin before rather satisfyingly staining the cuff of his new grey socks. His knees told of a very recent and daringly triumphant act of bravery and for a brief, liberating moment Algernon indulged himself in the memory of it.

His fingers curled tightly around the railings of his village school and his face pressed against the cold, black iron. He was on the outside looking in. A ball, accidentally kicked onto the roof of the school, had wedged itself in the dip between the gables and the chimney and his friends were all looking up at it, defeated by the problem. Being the most adventurous of boys Algernon had, quick as a flash, climbed over the railings and scaled the side wall knowing every inch of it as he did. Having officially left the little school only the day before, he was trespassing now of course but finding himself back on the right side of the railings once again a delicious sense of familiar belonging lifted his heavy heart. In his mind he was shinning up

the drainpipe, the rough brick catching his hands until he reached the chimney stack and clung to it.

Two boys staged a fight to distract the schoolmaster while a gathering of upturned faces waited for the ball. He tossed it down to them. Still clinging to the chimney stack he tilted his face until he could feel the fresh wind against his cheeks. From his vantage point he could see past the village and out across an expanse of glorious fields, each patch-working their way towards the shores of the River Fal and an overwhelming need to fly gripped his soul.

Algernon stared at his knees, at the evidence of his ungraceful dismount from the roof into a surprisingly deep puddle where he was treated like a hero by his friends. The story they told belonged to yesterday. Yesterday he had said goodbye. Yesterday he was free to run wild in the green fields of Cornwall. Yesterday he was a child. Today, according to his parents and the sign above the entrance to his new private boarding school, Algernon Edward Maybury, aged seven years, was now a young Catholic gentleman.

God, Algernon had noticed, was in the very architecture of his new school, resplendent in arches and glorious through stained glass windows and His only son hung flogged and bleeding from a cross on seemingly every wall. God, however, felt entirely different in this place where his heart now quivered inside his skinny chest. Algernon’s God was in his church back in Cornwall where every Sunday a congregation of familiar faces coughed and rustled through hymns and the Divine Liturgy. Algernon’s God asked that everyone wore their best clothes to church and greeted each other with a smile on the way in. At Algernon’s church the priest always had a precarious dew drop on the end of his nose and Mrs Dyer, the organist, had an enormous bottom that always made him and his friends laugh behind their hymn books when they weren’t having their wrists slapped for being more interested in the contents of their nose than the word of Our Lord. Crying babies were jiggled in their mother’s arms and the air smelt of incense and the promise of Sunday luncheon.

This new God was different. The air in this building, this school where Algernon now sat on the narrow bed, was heavy with a thousand secrets all spiralling silently among the dust motes and hiding behind the eyes of the Brothers who held the futures of all one hundred and sixteen schoolboys in their care. Algernon knew that despite God or because of God, he wasn’t sure which, this place was not a happy place.

He also understood that from now on he could no longer expect to be called Algernon. He would, as his father informed him in the brief minutes between decanting his son from his Austin motorcar and hauling his huge school trunk from the boot of the car onto the drive, now be addressed by his surname ‘Maybury’. His father also informed him that he would excel in

class, be victorious in the sports field, and take it on the chin when a likely drubbing were to come his way. Algernon had nodded sombrely and wordlessly while his mother had simply smiled encouragingly, her earlobes stretched and wobbling from the huge pearls that hung heavily from them. His parents then climbed back inside their car offering final stiff-upper-lipped farewells and casting promises through the open window to see him in a few weeks’ time.

Algernon clenched his fingers tightly until his knuckles turned white and he craned his head towards the open leaded windows of the dormitory. If he willed them hard enough his parents might change their minds and return for him. The long drive outside, which led all the way to the huge iron gates, remained heartbreakingly empty. The overwhelming desire to fly away filled him to the brim and he wished with all his heart that he could climb onto the windowsill, grow wings and soar high into the clouds.

Echoes of the voices of other boys bounced across the dorm, along cold corridors and out from shadows. They told of pecking orders and alarming rites of passage that made Algernon… rather Maybury feel so terribly small. He didn’t cry, not then at least, but cast his gaze down towards his own, unpacked trunk and breathed in air that smelt of fear. When at last he understood that his parents most definitely would not be returning for him, he squeezed his small hands tightly together and prayed to his God back home that the school holidays would come quickly so that he could leave this place and return to the fields, the rivers and the beautiful craggy coastline of Cornwall where he belonged. 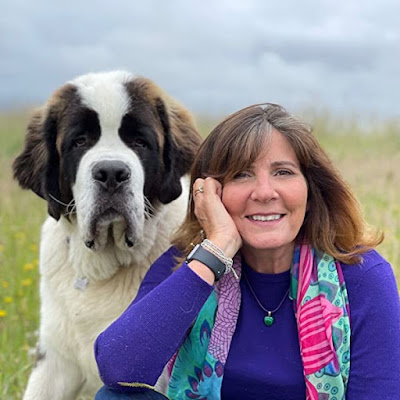 Phyllida Shrimpton is a full time UK author who first wanted to write a novel after having a vivid dream at the age of 15 which she thought might make a good plot for a book. Finally in 2015 she finally stopped procrastinating about it and turned this dream into the plot for a YA novel, Sunflowers in February, published in 2018. This novel won the Red Book Award in Falkirk, Scotland and was shortlisted for the Centurion Book Awards for Bath and North East Somerset schools. The Colour of Shadows was published in 2019 and was shortlisted for the Amazing Book Awards.

Deciding to make the move to writing adult novels, Phyllida’s latest novel Every Shade of Happy will be published in August 2022 by Aria Fiction.

Phyllida’s books are centred around uplifting fiction and with the firm belief that there are two sides to every story.