Beyond a Broken Sky

I'm delighted to be a part of the blog tour for Beyond a Broken Sky by Suzanne Fortin. As soon as I read the blurb about this one, I just knew I would love it and I wasn't wrong! I really couldn't put it down and didn't want it to end. I think that's the sign of a good book! You can read my review below and I will definitely be reading more from this author! 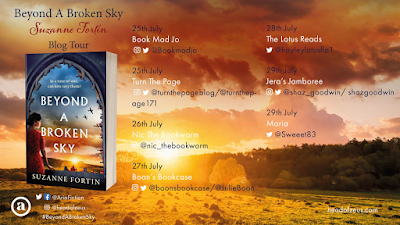 Some secrets are better left buried... 2022. Stained-glass expert Rhoda Sullivan is called to Telton Hall to examine a window designed by an Italian prisoner of war during WW2. It should be a quick job but when she and the owner's son, Nate Hartwell, discover a body underneath one of the flagstones in the chapel, Rhoda cannot let the mystery go. She knows what it's like to miss someone who is missing – her twin brother disappeared just before their eighteenth birthday, and she has been looking for him for nearly a decade. But when the threats start, it's clear someone doesn't want the secrets of Telton Hall to come to light. 1945. Alice Renshaw is in trouble. Pregnant and alone she is sent away to hide her shame and taken in by Louise Hartwell who has a farm in Somerset worked by prisoners of war. As the weeks pass, Alice finds solace in new friendships, but not everyone at Telton Hall is happy about it. And even though peace has been declared in Europe, the war at home is only just beginning... 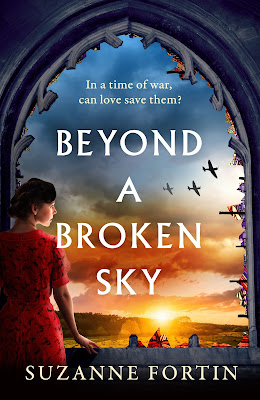 Rhoda Sullivan is called to Telton Hall to look at a stained glass window in a chapel that is soon to be demolished. As a stained glass expert, she is fascinated to find this window that was rebuilt during WWII. Little does she know that what she is about to find will possibly change her life forever.

She meets Jack who is the owner of Telton Hall and his son Nate on the premises and once she starts looking at the chapel and the glass window, they come across some human remains in the cellar of the chapel. Rhoda is determined to find out what happened and who the body is, but Jack is uncooperative and says Rhoda shouldn't interfere and that whoever hid the body back in the 40's was probably dead themselves by now!

In 1945 Alice is sent to Telton Hall by her father as she has just discovered she is pregnant by an American Air Force man called Brett. A "shotgun wedding" is arranged, but Brett stands Alice up at the alter saying he can't go through with it. Alone and pregnant, she is sent away to the country until she gives birth and helps on the farm there with another girl called Lily, who she becomes great friends with.

Louise Hartwell owns Telton Hall and along with taking in unmarried mothers, she also has a couple of Italian POWs who also work alongside the girls on the farm. Paolo, is a trained glazier and on Louise Hartwell's instructions, sets about working on the damaged window in the chapel.  Louise's stepson Billy is jealous of the POWs and tries everything in his power to disrupt anything they do. He also has his eye on Alice and seems to find any opportunity to be alone with her.

This is a dual timeline book which goes back and forth from 1945 to the present day. I love these types of books and I can't wait to find out how the stories link and this one was a brilliant story from beginning to end. The characters were very well described and I loved Alice and felt so sorry for her being in the predicament she was and Billy was just so vile I wanted to punch him myself! but that is the art of great writing when you love and hate characters in equal measure!

A fabulous story that had me feeling happy and sad at the turn of the page and one that has left me thinking that I could see a sequel there somewhere with Alice! Thank you to the author for a great read and one that I will definitely recommend. 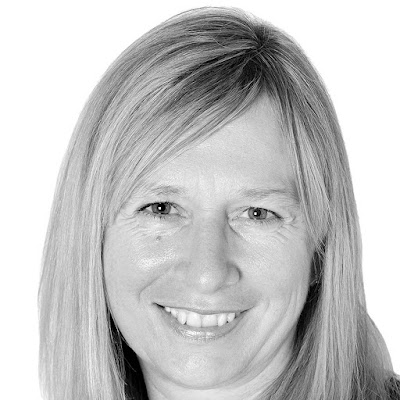 Suzanne Fortin also writes as Sue Fortin, a USA Today and Amazon UK & USA bestselling author, with The Girl Who Lied and Sister Sister both reaching #1 in the Amazon UK Kindle chart in 2016 and 2017 respectively. Her books have sold over a million copies and translation rights for her novels have been sold worldwide. She was born in Hertfordshire but had a nomadic childhood, moving often with her family, before eventually settling in West Sussex where she now lives with her husband and family.