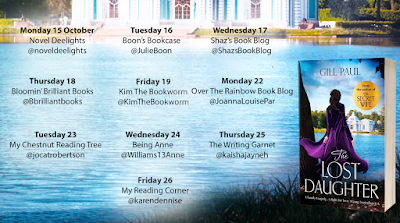 BLURB: A Russian princess. An extraordinary sacrifice. A captivating secret...


From the author of The Secret Wife, a gripping journey through decades and across continents, of love, devastating loss and courage against all odds.


With the country they once ruled turned against them, the future of Russia's imperial family hangs in the balance. When middle daughter Maria Romanova captivates two of the guards, it will lead to a fateful choice between right and wrong.


Val rushes to her father's side when she hears of his troubling end-of-life confession: 'I didn't want to kill her.' As she unravels the secrets behind her mother's disappearance when she was twelve years old, she finds herself caught up in one of the world's greatest mysteries. 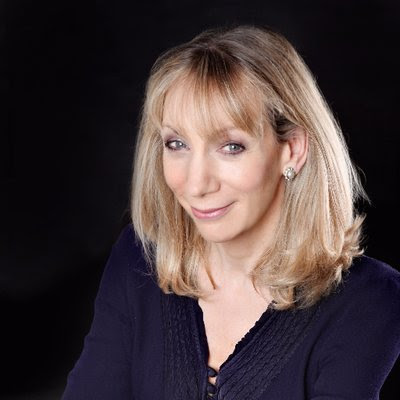 Gill Paul is an author of historical fiction, specialising in relatively recent history. Her new novel, Another Woman's Husband, is about links you might not have been aware of between Wallis, Duchess of Windsor, and Diana, Princess of Wales.

Gill’s other novels include The Secret Wife, published in 2016, about the romance between cavalry officer Dmitri Malama and Grand Duchess Tatiana, the second daughter of Russia’s last tsar, who first met in 1914. Women and Children First is about a young steward who works on the Titanic. The Affair was set in Rome in 1961–62 as Elizabeth Taylor and Richard Burton fell in love while making Cleopatra. And No Place for a Lady is about two Victorian sisters who travel out to the Crimean War of 1854–56 and face challenges beyond anything they could have imagined.

Gill also writes historical non-fiction, including A History of Medicine in 50 Objects, and a series of Love Stories, each containing fourteen tales of real-life couples: how they met, why they fell for each other, and what happened in the end. Published around the world, this series includes Royal Love Stories, World War I Love Stories and Titanic Love Stories.

Gill was born in Glasgow and grew up there, apart from an eventful year at school in the US when she was ten. She studied Medicine at Glasgow University, then English Literature and History (she was a student for a long time), before moving to London to work in publishing. She started her own company producing books for publishers, along the way editing such luminaries as Griff Rhys Jones, John Suchet, John Julius Norwich, Ray Mears and Eartha Kitt. She also writes on health, nutrition and relationships.

Gill swims year-round in an open-air pond – "It's good for you so long as it doesn't kill you"– and is a devotee of Pilates. She also particularly enjoys travelling on what she calls "research trips" and attempting to match-make for friends.
WEBSITE : www.gillpaul.com
TWITTER : @GillPaulAUTHOR

Review
Maria is the middle daugher of Tsar Nicholas and his wife and the story begins in 1918 when the whole family are imprisoned in Russia.

Maria is a naturally sweet, kind, talkative girl, who thinks that by being nice to the guards will not only pass the time, but will ease her family's suffering. She couldn't have been more wrong. One guard in particular, Anatoly Bolotov, is obsessed with Maria and this can only be a bad omen.

Soon after, the family are rounded up and taken to a different location and the orders are given for all of them to be slaughtered. Maria and her family are absolutely terrified and as things happen so quickly there are no thoughts of escaping from so many guards. The shots start firing and Maria sees her family shot down and stabbed and even Maria herself is wounded and feels herself losing consciousness. She thinks she is dying along with the rest of her family but then she realises someone is carrying her on his shoulders and running into the woods to safety. That man is another of the guards from the palace called Peter.

Peter finds a place of safety in the woods and helps Maria recover. She is very wary of him at first, as she is terrified he will be as bad as Bolotov, but she couldn't be more wrong. Peter is kind and caring and does everything he can to help Maria back to full strength. So much so that Maria starts falling in love with Peter and as he seems to be the only person she has in the world now, they become close as time goes on.

Meanwhile the book skips to Sydney, Australia in 1973 with a lady called Val Scott, who has received news that her elderly estranged father is dying. She rushes to see him and one of the last things he says to her is "I didn't mean to kill her". What could this mean? Was her Russian father a murderer?

Val is in a very abusive marriage and she needs to find all the courage she can to not only leave her husband, but to find the strength (and money) to visit the birth place of her father to finally find out what happened all those years ago.

The attention to detail in this book is stunning and you can tell that the author researched everything thoroughly and with such precision. I would really like to think that this story is true and it has inspired me to read more about the Romanov family.

Wow, what an amazing book this is. I have read all of this authors books and I can honestly say that in my opinion, they just keep getting better and better and this is my favourite one yet.

Thank you Gill Paul for continuing to write fabulous books and to bring some history into our lives! I would also like to thank Anne Cater for sending a copy of the book and for inviting me to be on the blog tour.

I shall be recommending this book to anybody that will listen and I am putting it out there that it's my book of the year!