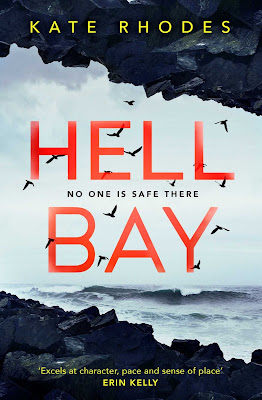 It's no secret that I am a huge Kate Rhodes fan and am sad to say that I am a bit late to the party with this new series set on the Isles of Scilly.

DI Ben Kitto returns home to Bryer to recover from the recent death of his best friend and colleague and to think about his future in the Police force. He is racked with guilt and has offered his resignation, but his boss has refused it, asking him to reconsider and take some time out.

When he arrives back home, along with a stray dog called Shadow (he hates dogs!), it doesn't take long before the detective in him has to take over when a local teenage girl goes missing.

When a body is found it is down to Ben to lead the investigation team and to try to catch the killer before they strike again.

I loved these new characters/location and the only good thing about reading this book now is that I won't have to wait too long for the next instalment (out in kindle now and paperback in February 2019) and I can see this series going from strength to strength. Thank you again Kate for writing such gripping novels that you just can't put down.