This is a first for me! This is a series of short stories by Della Parker about a group of friends who meet up at a meeting group to read a variety of books, eat nibbles and drink red wine (sounds right up my street!). This first part (December) is just over 20 pages long and is free! I like these characters already and can't wait to find out more about them in the coming books. I have Chapter One from the February book as a taster for you...... 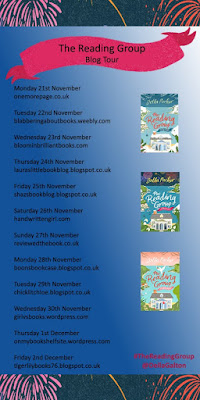 Chapter One from February


‘Do you have to go there tonight, darling?’ Anton put on his little-boy voice, the one that Kate had found so endearing when they’d met, but that right at this moment sounded more petulant than cute.
‘I do, sweetie, yes.’ She glanced back over her shoulder. He was on the sofa, his long legs sprawled in front of him, his shoes unlaced but not off, mussing up her cushions. She kept her voice light – oh, so light – but inside a thread of panic was rising. Reading Group was her escape, especially lately. Since he’d been around so much more. Since things had – well – changed.

She’d never thought she would need an escape from her marriage. She wasn’t one of those women who didn’t take it seriously, like her sister when Ben had proposed: Oh, go on, then, I’ll give it a go. Try it for a couple of years. Why not?

When Anton had proposed Kate had been thrilled, excited and in love. So in love. When she’d stood at the entrance of the sixteenth-century church beside her father, pausing to smooth down the pale silk coolness of her dress, and seen him waiting there, it had been one of the best moments – no, THE best moment – of her life. Without a doubt. She had meant every word of her vows.
Till death us do part. In sickness and in health. Through good times and through bad. That line wasn’t in there, but it should have been.

‘Kate, sweetheart. Stay.’ Anton shifted his feet onto the floor and patted the space on the sofa next to him. He was still in his work shirt, although he’d taken off his tie and undone the top button. ‘We can look at those brochures you got for the kitchen. Make some decisions. The builder’s coming tomorrow at 9.30. You are in, aren’t you?’ He paused. ‘Then I thought maybe . . . after we’ve chosen our kitchen . . .’ He raised his eyebrows. ‘We could get an early night.’
An early night was the last thing she wanted.
She tapped her watch. ‘I don’t want to let the girls down. I made a commitment, darling. We all did. Reading Group, first Thursday of the month. No matter what.’ She smiled to soften the blow.
His beautiful mouth twisted a little. He was too used to getting his own way.

‘OK. You won’t be too late, though, will you?’
‘I won’t be too late.’
Outside she breathed in the sharp February air with relief. Freedom. Three hours a month. Her time. It wasn’t too much to ask, was it? She was a good wife, wasn’t she? A good wife. Such an old-fashioned phrase.

They’d been reading the classics lately. It was a decision they’d made a couple of months ago. Serena had suggested it. Serena hosted the group. She had the largest house, the most comfortable house too – it had one of those big old orangeries that backed onto an acre of garden, beyond which the ocean rolled out in a panoramic glitter of blue. 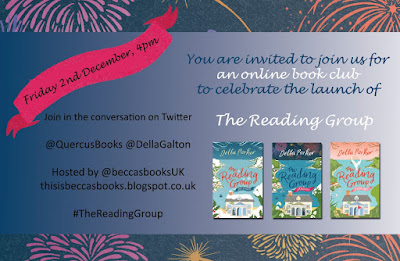