The Postcard
by
Fern Britton 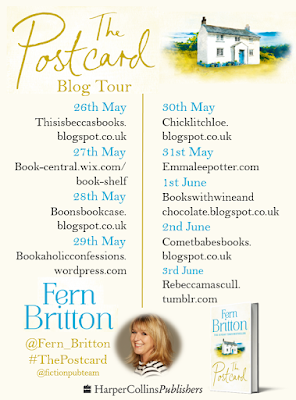 Today I am delighted to be hosting the Blog Tour for Fern Britton's new novel The Postcard which is published on 2nd June. I have chapter one as a little teaser for you - enjoy! 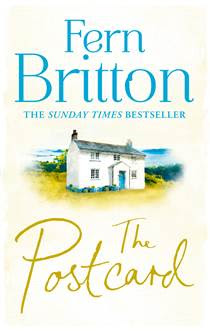 About The Postcard: Penny Leighton, TV Producer and wife of the local vicar Simon Canter, is struggling to cope with motherhood. The couple have had their only child Jenna, while Penny is in her forties and it’s been a big shock to her system. When Simon engages the services of a nanny, Ella, as a way of helping Penny, it only serves to push her further away from him and from Jenna. After Penny’s sister arrives in the village after the death of the woman Penny called her mother, it bring memories of her troubled childhood to the surface. As a distraction, she finds herself drawn to the village’s new Doctor, but he isn’t quite the charmer than he seems, as new arrival, Ella, is about to find out. But will all this be too late for Penny, who is about to risk everything?

She hovered over the send icon. No, she needed time to think. She couldn’t afford to fall out with Mavis. She must sweet-talk her round. She pressed delete and began again.
Dear Mavis,
How lovely to hear from you and what a fabulous time you must be having!
I respect your wishes to put Mr Tibbs ‘to bed’ as it were. He has indeed served you well and given much pleasure to our viewers.
Which brings me to a difficult question. If you won’t write the next six episodes and a Christmas special, someone else will have to. Before I find that special someone, do you have anyone you would prefer to pick up your nib? Someone whose writing you admire and that you feel could imitate your style?
No one could be as good as you, of course, but this could be an exciting new future for the Mr Tibbs’ franchise as I’m certain you agree.
With all my very best wishes – and have a tequila for me!
Penny xxx
She read it through once and pressed send.
‘Right,’ she said to the empty room. ‘The office is now shut for the day’. She switched off the computer and threw her iPhone into the desk drawer. ‘I am going to eat cake.’ 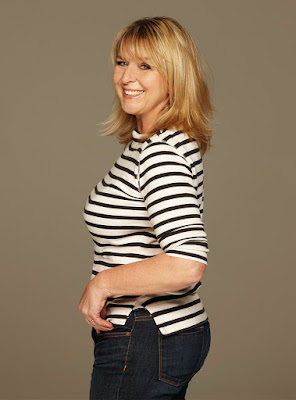 Fern is one of the nation’s best-loved broadcasters, and has fronted Coast to Coast, Ready Steady Cook, and ITV’s flagship show, This Morning, as well as competing on the BBC’s Strictly Come Dancing, plus Channel 4’s show Timecrashers. Most recently, Fern has hosted, The Big Allotment Challenge and currently hosts BBC1 Antiques quiz show For What It’s Worth. The BBC's Advent series, Fern Britton Meets… has seen her talk to high-profile figures about how their beliefs have shaped their lives.