Something a little bit different on the blog today. Reflection Pond by Kacey Vanderkarr is a YA Fantasy novel in three parts.

Sometimes you find home, sometimes it comes looking for you.

Callie knows a lot more about pain than she does about family. She’s never belonged, at least, not until she falls through a portal into her true home. The beautiful faerie city of Eirensae doesn’t come free. Callie must find her amulet and bind herself to the city, and most importantly, avoid the Fallen fae who seek her life. Seems like a small price to pay for the family she’s always wanted.

Then she meets cynical and gorgeous Rowan, who reads the darkness of her past in her eyes. He becomes Callie’s part-time protector and full-time pain in the ass. He has secrets of his own for Callie to unravel. What they don’t know is that the future of Eirensae lies with them, and the once peaceful city is about to become a battleground for power. 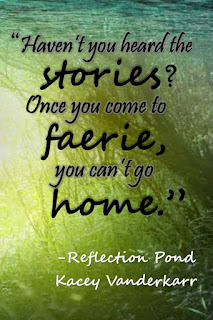 Check out the other books in the series: 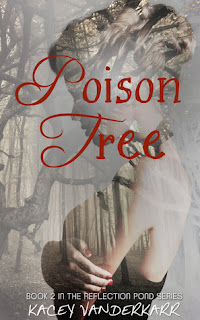 The road to the City of War is dangerous.

With their home in ruins, Callie and Rowan are Eirensae’s last hope of stealing the cauldron back from Fraeburdh. They must travel into the human world where the Fallen hide. The banished fae wait for Callie, desperate to sacrifice her before she comes of age.

If Callie and Rowan survive the journey, something worse looms in Fraeburdh. Rowan is destined for a dark family legacy too horrifying to accept, and his father is anxious to welcome him home. Once the truth is revealed, will Callie ever look at Rowan the same way?

Trapped between feuding cities lost in a centuries-old war, Callie and Rowan will face their biggest rivals yet, and neither of them will make it out unscathed. 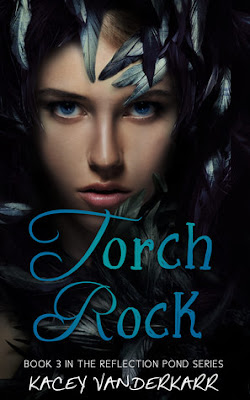 War is coming, and she takes no prisoners. Faced with an impending battle Eirensae cannot win alone, Rowan journeys to Macántacht to seek allegiance from its leader. The City of Honor is beautiful, still untouched by conflict, and full of surprises that bring Callie’s darkest experiences to the surface.

With her friends’ lives at stake, Callie must confront her past, and accept help from a faerie whose face torments her memories. Reconciling the power beneath her skin has never been more painful.

Amid persistent threats from Fraeburdh, an old enemy reemerges with deadly force. Even with Macántacht fighting beside her and Rowan at her back, the odds are insurmountable. Callie’s biggest trial will come not on a blood-soaked battlefield, but in the quiet moments when she must choose. 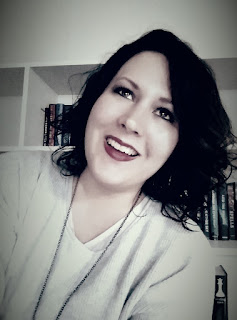 KACEY VANDERKARR has a penchant for fantasy and frequently listens to the voices in her head--most of whom are teenagers. Her favorite place to write is an old salon chair in her kitchen, with coffee in one hand and adoring cats sprawled across her arms. She prefers her music loud and her skeptics quiet. When she's not writing, Kacey coaches winterguard, works as a sonographer, and hangs out with other weirdos like her at the Flint Area Writer's club. In addition to her novels, The Reflection Pond Series, Antithesis, and The Stone Series, Kacey's short fiction is featured in Sucker Literary Vol III, Ember: A Journal of Luminous Things, and Out of the Green: Tales from Fairyland.
Facebook
Twitter
Goodreads
Website