The Way We Were
by
Sinead Moriarty 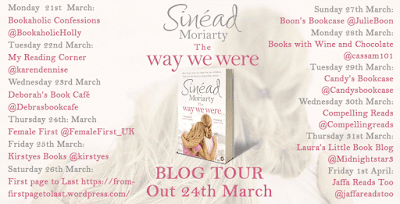 I must confess that I haven't read any of Sinead Moriarty's books before, but I really love the sound of this one so am definitely going to put this on my TBR shelf!

I am very honoured that the author has given me a list of her top 5 books of all time and the reasons why she loved them. So here they are, Are any of your favourites amongst them?

Castles Burning: A Child's Life in War – Magda Denes
A memoir of a little Jewish girl who suffered through the second world war in Budapest. She is a wonderful, spiky, feisty character who helps her family survive.
Recounting her life through the war and the aftermath, Castles Burning shows us Magda’s powerful personality, her wonderful storytelling and her remarkable sense of humour which got her through some truly horrific times.

Four Letters of Love – Niall Williams
While reading this beautiful novel I wondered if Williams is more of a poet than novelist, some of the passages are so stunningly worded that I was blown away. It’s a short book but you can tell that every word has been painstakingly thought out.
Williams writes in a very lyrical and magical way about love. Williams suggests that love is a kind of mystical madness and he tells us that to love is to find your true self.

The Butcher Boy – Pat McCabe
I think Pat McCabe is an incredible writer. What he does with words is jaw dropping. This book is narrated by a boy Francie Brady, who describes his grim and dysfunctional childhood in rural Ireland during the early 1960's. The book is violent and at times surreal but very moving. It grabs you by the scruff of the neck and shakes you.  As Francie descend into madness the book rips your heart out but makes you laugh at the same time – incredible writing.

On Writing – Stephen King
A must read for everyone who wants to write or is interested in the art of writing. Stephen King was an English teacher before he became a writer and this book is my bible. I return to it again and again. The advice, tools and information King gives aspiring writer is immensely helpful and practical.

Little Women – Louisa May Alcott
My favourite childhood novel and the first one I read where there was a character that I desperately wanted to be. Jo March was my absolute heroine. I wanted to be her. I loved her courage, her determination, her kindness to her family and her love of books and writing. Although…I still think she should have ended up with Laurie! 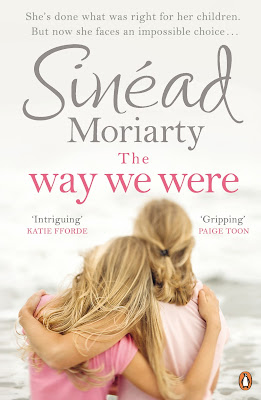 When Alice’s husband Ben disappears suddenly, her world falls apart. They shared twenty years and two daughters and life without him is unimaginable. Having lost her parents while young, Alice understands her girls’ pain. At fifteen, Jools is at that awkward age and only Ben could get through to her. And eleven-year-old Holly looks for the answer to everything in books but this time she’s drawing a blank. Alice realizes that for their sakes she must summon up superhuman reserves of strength. Somehow all three of them come through the dark days. In time, it’s even possible for Alice to consider marrying again, with the girls’ blessing. So when Ben turns up after three years, her world is again turned upside-down. The girls assume that their family can go back to the way they were. Alice is not so sure. Once more Alice has to find the strength to be the mother her daughters need her to be. But this time what that means is far from clear... 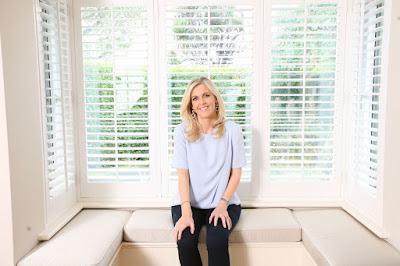 Growing up, Sinead Moriarty was inspired by watching her mother, an author of children’s books, writing at the kitchen table. Her childhood dream was to write a novel. It was at the age of thirty, while working as a journalist in London, that she began to write creatively in her spare time - after work, at lunch times ... and, truth be told, during work hours. Her first novel, The Baby Trail, a bitter-sweet story of a couple struggling to have a baby (inspired by her own early difficulties conceiving) was published in 2004 and has been translated into twenty languages. Sinéad Moriarty’s novels have sold over half a million copies in Ireland and the UK. She has won over readers and critics telling stories that are humane, moving and relevant to modern women. She lives in her Dublin with her husband and their three children.