I do love a good wartime saga, but when I saw how many pages were in the book, I won't lie, my heart did drop a little. Unless a book holds my attention from the very first page, I do lose interest very quickly. I didn't have to worry one bit as this book had short chapters and was so easy to read and captivating from the very first page!
Santa Cruz 1953. Jean-Luc thought he had left it all behind. The scar on his face a small price to pay for surviving the horrors of Nazi occupation. Now, he has a new life in California, a family. He never expected the past to come knocking on his door. Paris 1944. A young woman's future is torn away in a heartbeat. Herded on to a train bound for Auschwitz, in an act of desperation she entrusts her most precious possession to a stranger. All she has left now is hope. On a darkened platform two destinies become entangled. Their choice will change the future in ways neither could have imagined. Beginning on an ordinary day and ending on an extraordinary one, WHILE PARIS SLEPT is an unforgettable read. 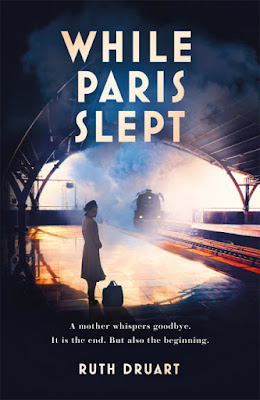 REVIEW
Jean-Luc lives in Paris during the German occupation and is having to work on the railways. He can’t live with the fact that those trains are overcrowded with Jews being transported to God knows where and it plays on his mind that he needs to do something to make it stop.
Sarah has just given birth to a son and knows that if they find out she has a baby whilst boarding one of the trains, he will surely be killed.
Just before she boards the train with her husband David, she takes the baby out from under her clothes and gives the baby, who they have called Samuel, to a railway worker. She begs the man to take him and care for him. That man was Jean-Luc...
Without thinking about the consequences, Jean-Luc, along with his girlfriend Charlotte decide to escape Paris with baby Samuel and head through the dangerous French countryside to make it to the border with Spain.
This is a dual timeline story and it fast forwards to 1953 in California when Sam (as he is called now) is living with Jean-Luc and Charlotte in California.
Did sarah survive the train journey to Auschwitz?
What a story this was. From beginning to end, it grabs your emotions and my heart rate was going up and down with the suspense of it all!
This is a fabulous debut and one I can see made into a film. I loved it and would definitely read more from this author.
ABOUT THE AUTHOR 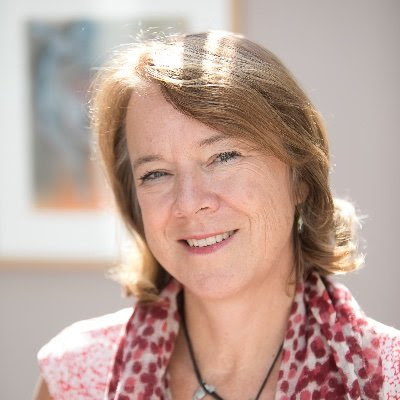 Ruth Druart grew up on the Isle of Wight, moving away at the age of eighteen to study psychology at Leicester University. She has lived in Paris since 1993, where she has followed a career in teaching. She has recently taken a sabbatical, so that she can follow her dream of writing full-time.
@RuthDruart
@RandomTTours
@annecater
@headlinepg
Posted by Boon's Bookcase at 10:43