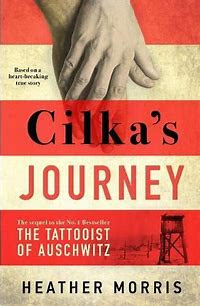 Review
Having read The Tattooist of Auschwitz a while ago, I felt the time was right to read the sequel to find out what happened to Cilka. I must admit, I was mortified to read that after escaping Auschwitz, some prisoners were then transferred to other "camps" to serve sentences for so called crimes against the Russian government.
Cilka is one of those statistics. Having escaped the torture and hideous conditions of Auschwitz, she is arrested and sent to Siberia to a Russian prison, but it is more like another camp with terribly basic conditions as they were not treated much better than at Auschwitz. Her punishment is 15 years imprisonment in a prison in Siberia where the summers are harsh and the winters even more so.
At such a young age, Cilka has had to deal with and witness so much heartache and tragedy, but her spirit will not be broken and she is determined to get out of whatever prison or camp she is put in and to live a normal life again.
Josie is also a prisoner and Cilka takes her under her wing and they become friends. Cilka tries her hardest to protect Josie from the evils that lurk in these institutions, but sometimes it just isn't enough.
When a kind and caring Doctor by the name of Dr Yelena meets Cilka, she takes pity on her and helps her to obtain work as a nurse in the hospital wing of the prison and this is where Cilka feels most comfortable, helping others.
This is a fabulously moving, heart wrenching novel that I read in a couple of days because I literally couldn't put it down. I wanted to find out what happened to Cilka and all of those poor people who survived Auschwitz, only to be put in prison for crimes that were unjustified.
This is a story that will stay with me for a long time...
Posted by Boon's Bookcase at 07:00