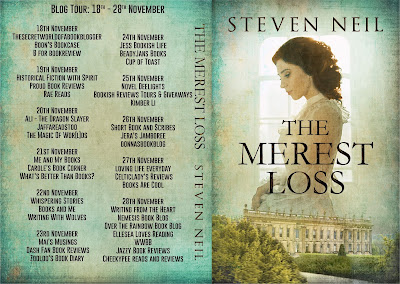 The Merest Loss
A story of love and political intrigue, set against the backdrop of the English hunting shires and the streets of Victorian London and post-revolutionary Paris. When Harriet Howard becomes Louis Napoleon’s mistress and financial backer and appears at his side in Paris in 1848, it is as if she has emerged from nowhere. How did the English daughter of a Norfolk boot-maker meet the future Emperor? Who is the mysterious Nicholas Sly and what is his hold over Harriet? Can Harriet meet her obligations and return to her former life and the man she left behind? What is her involvement with British Government secret services? Can Harriet’s friend, jockey Tom Olliver, help her son Martin solve his own mystery: the identity of his father? The central character is Harriet Howard and the action takes place between 1836 and 1873. The plot centres on Harriet’s relationships with Louis Napoleon and famous Grand National winning jockey, Jem Mason. The backdrop to the action includes significant characters from the age, including Lord Palmerston, Queen Victoria and the Duke of Grafton, as well as Emperor Napoleon III. The worlds of horse racing, hunting and government provide the scope for rural settings to contrast with the city scenes of London and Paris and for racing skulduggery to vie with political chicanery. The Merest Loss is historical fiction with a twist. It’s pacy and exciting with captivating characters and a distinctive narrative voice. 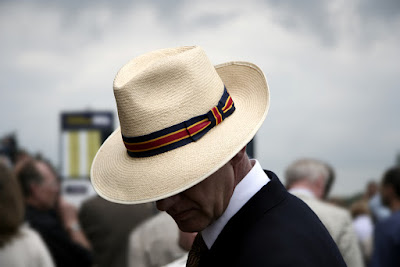 Steven Neil has a BSc in Economics from the London School of Economics, a BA in English Literature and Creative Writing from the Open University and an MA in Creative Writing from Oxford Brookes University. In his working life he has been a bookmaker’s clerk, management tutor, management consultant, bloodstock agent and racehorse breeder. He is married and lives in rural Northamptonshire.

From Steven Neil, the author of THE MEREST LOSS
A story of love and political intrigue, set against the backdrop of the English hunting shires and the streets of Victorian London and post-revolutionary Paris.

I like the idea of using different points of view to provide variety for the reader. The most obvious way to do this is by switching the narrator from, say, an omniscient third person narrator to a character narrator, in the first person. It is also possible to change the tense from past to present and back again. The challenge for the writer is to generate interest and variety rather than confusion. Sometimes it works well, but care needs to be taken. Another way to vary point of view is to use a device like a newspaper article, a review or an exchange of letters or notes to provide additional perspective. In chapter three of The Merest Loss I used a report from one character to another on the progress at school of Elizabeth Harryet. This is sometimes called ‘witness testimony’ and provides a third party perspective on a leading character. It also has the benefit of suspending the normal rules of ‘show versus tell’ for the writer and can ‘fast track’ an understanding of the subject’s personality or temperament.

Education
Aylesbury and the Isle of Wight, England
1837

Eliza’s end of term report, from the deputy principal, Mr Dalziel, to Mr Ridley, marked For Your Eyes Only, reads thus:
Sir
Miss Harryet has fully lived up to her reputation as “difficult”. Whilst we pride ourselves on our ability to deal with girls of all types of character, this young lady is of a different order altogether. She has been in detention more times than any of the other girls in her year put together. On the academic front, she has managed to fail all of her exams, in two cases omitting to write a single word on the answer sheet. I think if we continue with her, we will have to go back to basics. She seems rather unclear about the essential difference between right and wrong.
Whilst there are some positives, they have unfortunately been coupled, in every case, by an equal and opposite, negative facet.
Even her sternest critics on the staff agree that she is possessed of an extraordinary energy. One might say she is boisterous, but I think the adjective does not quite convey her behaviour accurately enough. Nevertheless, if it could be bottled and channelled into her studies, that would give us some hope for the future. She is intelligent - there is no question about that -
but whether we will ever be able to persuade her to match her ability with discipline and application, is a moot point.
She has a great gift for mimicry. Whilst this can, on occasion, be tolerably amusing, it also has a rather cruel side to it and such is the effect on some of her fellow pupils, not to mention members of staff,  that we have had to place a ban on this activity, although this is proving quite difficult to police. Miss Harryet’s uncanny impersonation of Mr Rogers, was attributed by her to a ‘very bad touch of tonsillitis.’
She can, when the mood takes her, be quite engaging, but it must be admitted that this mood comes upon her infrequently. She seems to have made few friends, although she is on good terms with Miss Melliora Findon and Miss Lavinia Lampard. Unfortunately, their own record of bad behaviour, though not in the same league as Miss Harryet, means we have had to separate them. The fire in their dormitory may well have been an accident, but it is not a risk we can take.
She has a tremendous talent as a horse rider, however, we have also had to curtail this activity. Whilst she is the only one to have mastered some of the more complex equitation techniques, taught by Monsieur Macaire, her habit of jumping out of the ménage and galloping off round the grounds at the end of her lessons, has had disastrous consequences. Once she rides our horses, none of the other girls can hold them, even in a gag bit. Poor Miss Strabally was run away with so badly that she was found in a ditch six miles away in Newbridge. The horse was found swimming off Yarmouth towards the mainland and had to be recovered by the lifeboat, put out from Cowes, as the Yarmouth boat was already in service.
You have asked me to consider whether we can, in the interests of retaining our staff and our other pupils, continue to persevere with Miss Harryet. Whilst all the evidence points against it, I am inclined to see if we can make some progress over the summer break and look again at the situation at the beginning of next term. I am suggesting, therefore, that we do not send her home for the summer, but keep her here under my supervision and put together a programme aimed specifically at her.
I am sure the Harryets will readily accept this idea and provided her benefactor, the duke, is prepared to meet the additional costs, I think it is worth trying. We have never failed with a pupil yet in our short history and I don’t want to give up on our record and reputation.
Dalziel


THE MEREST LOSS is available in paperback and eBook in the UK, US, France, Canada and Australia.
https://www.amazon.co.uk/Merest-Loss-Steven-Neil-ebook/dp/B077D9SHB5


Follow Steven Neil on https://twitter.com/stevenneil12 for information on how to purchase the paperback through an independent bookseller in the UK.