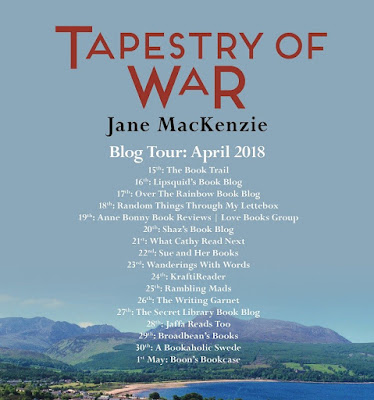 It's the final leg of the Blog Tour for Tapestry of War and today I have an extract from Chapter Two for you. You can also read Chapter One on the Allison & Busby website (link below).


In Alexandria, Fran finds her life turned upside down as Rommel’s forces advance on the idyllic shores of Egypt. In place of the luxury and stability that she is used to, she finds herself having to deal with loss, heartache and political uncertainty.


Meanwhile, on the Firth of Clyde, Catriona works day in, day out nursing injured servicemen. As the war rages on, the two women’s lives become entwined – bringing love and friendship to both. 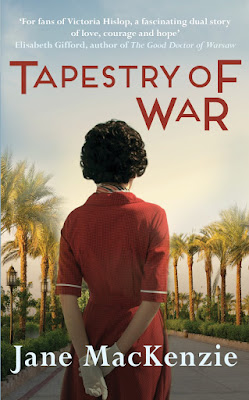 ﻿
That evening they had been due to attend a garden party given by the city’s most distinguished Englishman to welcome new naval personnel to Alexandria. The party, though, had been put back until the following afternoon, because the air raids had become so much more frequent recently, and it was becoming difficult to do anything out of doors in the evening. Blackouts meant you couldn’t open up the house to the outside, and the few tiny candles allowed made gardens gloomy places after dark.

You can find Chapter One from this novel over on Allison & Busby website:-
http://www.allisonandbusby.com/booksample/tapestry-of-war-chapter-sample.pdf
Posted by Boon's Bookcase at 07:00