The Long Walk Back
by
Rachel Dove
Blog Tour
&
GIVEAWAY

Does everyone deserve a second chance?
As an army trauma surgeon Kate knows how to keep her cool in the most high pressure of situations. Although back at home in England her marriage is falling apart, out in the desert she’s happy knowing that she’s saving lives.
Until she meets Cooper. It’s up to Kate to make a split-second decision to save Cooper’s life. Yet Cooper doesn’t want to be saved. Can Kate convince him to give his life a second chance even though its turning out dramatically different from how he planned? 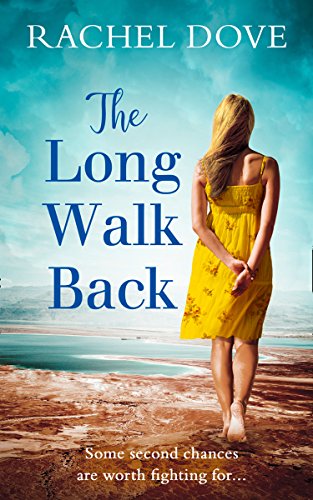 EXTRACT
Kate was in a real mood; Trevor could tell from the way she pounded across the tent to him. He was doing his rounds, and they had had a good night. A good night here was when they still had the same number alive as the day before. A great day was when there were no casualties at all, but Trevor was hard pushed to remember many days like that.
‘Who’s upset you? Neil whingeing about doing the dishwasher again, is he?’ Trevor asked, and immediately regretted cracking the joke when the icicles from Kate’s frosty glare jabbed him in the chest.
‘Captain Cooper thinks he is hilarious. I’m just waiting for him to call me ‘toots’ and slap me on the behind,’ Kate said, seething. Trevor checked the vitals on his sleeping patient, and satisfied, made notes on his chart.
‘So he’s awake? That’s amazing! How is he doing?’
‘Oh he’s doing just fine, for a male chauvinist pig.’
Kate,’ Trevor admonished, trying not to laugh at her furious expression. ‘How are his vitals?’
Kate pursed her lips, taking a breath to focus on the job. ‘He’s stable, the chest drain is working well. I’m still concerned about his leg though. He has limited blood flow to the area, and I' m worried about sepsis.’
Trevor nodded sadly. ‘So he will probably lose the leg, if we try to keep him alive.’ He rubbed at his temples. ‘Not told him any of this, have you?’
Kate shook her head. ‘I told him you would explain on this morning’s ward round. I wanted to go through everything again, monitor him closely for as long as we safely can before we make a decision.’
Trevor looked at her, his face unreadable. ‘It may not be our decision, it’s up to him.’
Kate looked nonplussed. ‘The evac chopper is coming in two days. At present, he’s too unstable to move. We need to get him home then, leg or no leg. A decision between losing a limb and dying is not a great thing to have thrust at you, granted - but he wants to live, surely?’
Trevor placed the chart at the foot of the bed and started to walk towards the next patient, issuing medication instructions to the nurse as he walked.
‘Kate,’ he began in a tone he might have used to tell his child that Father Christmas wasn’t real. ‘I have worked on men like Captain Cooper since this whole nightmare started. These are army men to the core. Sometimes going home means no family, no buddies, no job, and a
lifetime of relying on other people. They are proud, and sometimes, to them, the reality is worse than death. Don’t take anything for granted when it comes to patient wishes.’
‘A boy died yesterday, to save these men. Surely that’s reason enough to want to live?’
Kate ran her fingers through her hair, suddenly feeling tired all over again.
‘Cooper knows that. Better than most, probably. It’s still his decision, he has to live with it. Understood?’ Trevor spoke firmly now.
Kate opened her mouth to argue, but she thought better of it. She respected her mentor, always had, and she didn’t want to argue. Not when the fact that life was so short and precious was evident in every face, every feature she saw over here. ‘Understood.’ 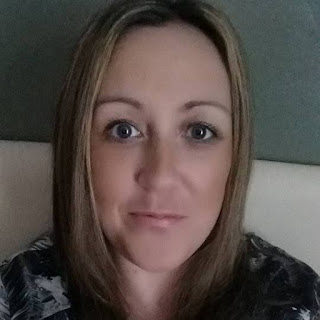 I am a wife, mother of two boys, perpetual student, avid reader and writer of words. I sometimes sleep, always have eye bags and dream of retiring to a big white house in Cornwall, with 2 shaggy dogs, drinking wine on my seafront balcony whilst creating works of romantic fiction. All done with immaculate make up and floaty dresses.  In the meantime I nearly always remember to brush my hair, seldom have time to look in a mirror and write many, many to-do lists.  My first solo novel, Crossing Life Lines is out now in Kindle and paperback format. Look out for my horror shorts, published through Bayou Brew Publishing: The House of Sugar Blood, August 2013
and Uni Assassin, out now, and my short story, Mallow Girl, out now.  In July 2015, I won the Prima magazine and Mills & Boon Flirty Fiction Competition, with my entry, The Chic Boutique on Baker Street, out now in ebook and paperback, and the follow up novel in the series, The Flower Shop on Foxley Street.

Review
When Kate, who is a surgeon is commissioned to go on a short tour to Afghanistan, she never envisioned that a split second decision could dramatically change the rest of her life!
Kate’s boss Trevor asks her to go on a 3 month deployment to Afghanistan to help out with casualties of war, but her husband Neil is not too impressed with having to stay and look after their son Jamie whilst his wife goes and "plays soldier". He seems to think she is on some kind of holiday and certainly holds a grudge against her doing her job whilst he is at home being Mum and Dad to their young son.
Captain Thomas Cooper is critically injured on the front line and can feel his life slipping away when he tells medics that he wants a DNR (Do Not Resuscitate) put in place. Now I work for NHS, so I know how important it is to sign these forms and carry them on you at all times, so a verbal agreement is not enough and when Kate faces an agonising decision to save Captain Cooper’s life by amputating his leg, she cannot begin to realise the consequences of her actions and the backlash she will face after the operation.
Captain Cooper or "Coop" as he is sometimes called, is furious to say the least at having been saved in the first place. As far as he is concerned, the Army is his life and if he had catastrophic injuries, then his death. So when he wakes up in hospital and looks at Kate’s face, he instantly knows what has happened.
How do you come to terms with someone saving your life when you didn’t want to be saved and not only a surgeon, but a beautiful one that you can’t take your eyes off at that………
This is the first book I have read by the author and I was pleasantly surprised by the storyline. I am not mad about "war zone" books (unless it’s wartime sagas!), but this had a good story and dealt with some sensitive issues regarding PTSD and also how Kate had to also come to terms with her son being in a very serious road accident and the impact that had on her relationship with not only her husband, but her son.
I would definitely recommend this book and thank you to Brook Cottage Books for sending me an ARC for review.