The Cover Up
by
Marnie Riches
BLOG TOUR 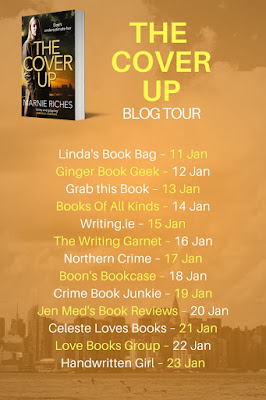 It's my turn on the Blog Tour for Marnie Riches' new book The Cover Up. I'm delighted to welcome Marnie once again to Boon's Bookcase. If you are a regular to my blog, you will know that I love the author's George McKenzie series of books. I have a guest post for you today which Marnie describes coming from the North of England, but also living in the South, especially South East London (where I am from!). This guest post has brought back so many memories of my childhood and so I think a trip down memory lane is in order! Sit back and enjoy the North v South debate!! 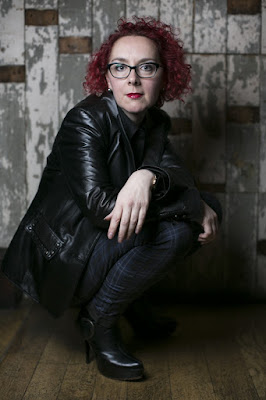 When I first bumped into Julie Boon – this blog’s kind Hostess with the Mostess – it was on Twitter, and we chatted about my debut novel, The Girl Who Wouldn’t Die. I seem to remember Julie had reviewed that first George McKenzie thriller and enjoyed it, in part, because I had written about a place she knew very well – South East London.
I spent a number of happy years living in Deptford and then Surrey Quays as a young woman before moving further out to Bromley on the SE London/Kent border and eventually migrating back up to the North West, where I’m originally from. Because I lived in South East London between the ages of 25 and 32, at a time when I went out socially a lot and then started a family, I knew what it was like to walk the streets of London as a local. I had put down roots in the place. Of all the areas of London a person could live, South East London felt the closest to Manchester with its tough estates and its friendly people and its cultural melting pot. Much of London is similar, of course, but South East London is the only area of London I’ve experienced where you can get on a bus and start nattering to a stranger. Sure, you might get your handbag snatched – and I did, as well as getting my car done over – but by and large, South East Londoners are a gregarious bunch, rather like Mancunians.
South East London provided the perfect gritty, British foil for Amsterdam in my The Girl Who… series. But now, with my Manchester books, I’m writing about the city where I grew up and in which I am now bringing my own children up. You might wonder what the difference is. Well, Manchester has a much smaller city centre with a much more defined civic identity as an ex-industrial heartland that now has a real problem with violent crime and still struggles with unemployment and lack of opportunity. Manchester is not the economic hub that London is and therefore, if you are born with a plastic spoon in your mouth, rather than a silver one, there isn’t easy access to a righteous path that leads out of the ghetto. We also have an incredible music scene up here with world class musical heritage. Oh, and it rains a lot. And I mean, a LOT.
When I was writing Born Bad and its successor, The Cover-Up – my two Manchester-set gangland thrillers – I found I was creating a similarly diverse world to the George books, as Manchester’s a cultural melting pot. But I became more involved in describing how people live in the city, coping with bad weather and boring manual jobs and working in factories. I found myself writing about the club scene, inspired by the halcyon Madchester days when the Haçienda reigned supreme as one of the country’s first super-clubs. I found myself writing about Strangeways Prison and creating fictitious areas that were inspired by Cheetham and Moss Side.
I think the difference between my versions of London and Manchester in my two series is that George McKenzie is only ever passing through London, en route to Cambridge or Amsterdam or beyond, whereas Sheila O’Brien and Gloria Bell are made in Manchester and are rooted in the city. Both cities have an abundance of grit, crime and character from which to draw inspiration but I think in Born Bad and The Cover-Up, it’s clear which city I really have the insider knowledge of! Why not try both series and let me know what you think? 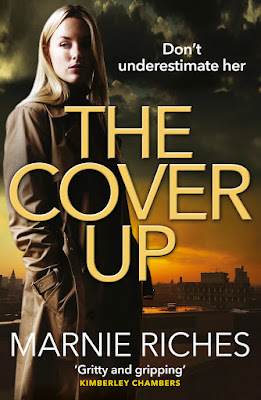