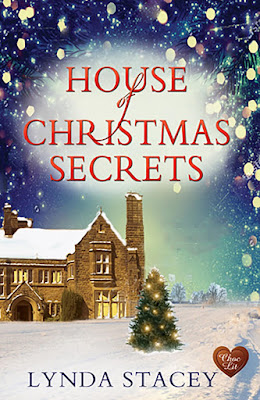 Today I have an extract from the lovey Lynda Stacey's new novel House of  Christmas Secrets. She is such a lovely lady and so when she got in contact regarding her new book, I had no hesitation in hosting her on Boon's Bookcase. Happy Publication Day!


Blurb
This year we’re just going to have a nice, normal Christmas… Last year’s Christmas at Wrea Head Hall didn’t quite go to plan which is why Jess Croft is determined this festive season will be the one to remember, for the right reasons. And she has plenty of reasons to be hopeful, she’s going to marry the man of her dreams, Jack Stone, seven days after New Year’s Eve. However, as family secrets are revealed in hidden letters and two unexpected guests turn up on the doorstep, Jess is left wondering whether her life will ever be the same again. Can Jess and Jack still experience a peaceful festive season that they had imagined or are there some problems that even Christmas can’t fix?


Extract from Chapter One
Jess hovered in the hotel’s grand hall and leaned against the huge inglenook fireplace. She brushed her dark, wild Afro hair away from her face, more out of habit than need, before allowing her hand to run across the stone mantel. Her fingertips traced the detail in the antique carved stone, and she tipped her head to one side in order to study it more closely. She had lived at Wrea Head Hall now for almost eighteen months, yet each and every day she found another thing of beauty that she hadn’t previously noticed.
Kneeling down by the tiled hearth, she felt herself shiver as she plunged her fingers into the thick pile of the new carpet. Everything was new and had been replaced after the fire that had almost destroyed the whole hotel just over a year before and now, instead of the dark blues that had previously run throughout the grand hall, everything was decorated in warm reds and golds, giving the whole room a rich and luxurious finish. Jess looked up to the ceiling, thankful that the ornate plaster had survived, along with the carved bosses within it that were painted gold on the white background. So much had been lost, yet miraculously much had also been saved or repaired. Even the Wren oak panelling had been restored, and Jess smiled at its beauty, grateful that the insurance had covered the work, and relieved that skilled craftsmen had pulled out all the stops to bring the Hall back to its former glory.
Jess picked up the long, cast iron poker, and began to stab at the embers in the grate, before carefully choosing a log, lifting back the fireguard and throwing the wood into the flames that already danced up the chimney. The sudden addition of another log created new flames of gold, orange and blue that wrapped themselves around the wood. For Jess the flames held a mesmerising magic and comfort that she couldn’t explain, and many a night she’d come down here with Jack after the guests had all gone to their beds. Together they’d sit on one of the settees, cuddling up, holding hands and simply staring into what remained of the embers.
‘Never waste a log,’ Jack often said to her; it was a saying he’d picked up from Madeleine’s father shortly before his untimely death. The saying always made Jess sigh and she wondered what life at the hotel would have been like had Morris survived. Would she be living here? Would she have got to know Jack? Would they have fallen in love? And what if they hadn’t, where would she be now and what would she be doing? She held a hand to her heart and acknowledged that she had so many reasons to be happy. Yet, she was fully aware that she was only happy because others, including herself, had previously suffered. She thought back to the year before, to how her sister Madeleine’s former boyfriend had terrorised them all and every single day she wished that Liam had never existed, that Madeleine had never met him and that he’d never got involved with their precious family. After all, he’d killed many of the people they loved and had almost succeeded in killing the rest. His obsession with Madeleine had caused each and every one of them more pain and heartache than Jess could have ever imagined.
Feeling a little warmer, Jess moved back from the fire, sat on the upholstered fender seat within the inglenook and thought about the past. It was times like this, as she sat watching the flames, that she’d think of her mother, of Madeleine’s father and of all the people that Liam had killed, while all the time feeling ridiculously overwhelmed and grateful to have survived his clutches.
‘This year we’re just going to have a nice, normal Christmas,’ she whispered to herself in full knowledge that the happenings of the year before had been somewhat extraordinary. In fact, she thought that this Christmas might end up being what most people would classify as boring. But she didn’t care; after being kidnapped, after thinking that both she and Maddie might die, any kind of boring would be absolutely perfect. The only good part of the Christmas before had been Christmas Eve, the wonderful meal that Nomsa had cooked and the fact that both Bandit’s grandmother, Emily, and his father, Arthur, had come
back to live at the Hall, where they belonged. It still seemed such an amazing coincidence that Bandit, the former gamekeeper of the hotel and the man Madeleine had fallen in love with, was a direct descendant of the family who had owned Wrea Head Hall for generations, before Maddie’s father had bought it and turned it into a hotel. 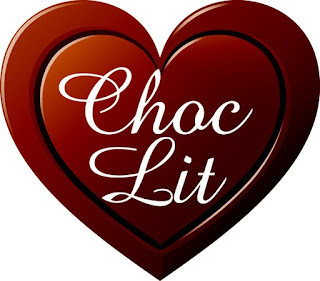