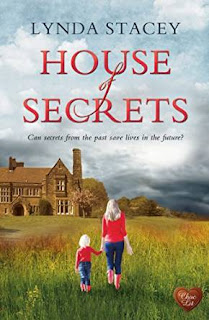 A woman on the run, a broken man and a house with a shocking secret …
Madeleine Frost has to get away. Her partner Liam has become increasingly controlling to the point that Maddie fears for her safety, and that of her young daughter Poppy.
Desperation leads Maddie to the hotel owned by her estranged father – the extraordinarily beautiful Wrea Head Hall in Yorkshire. There, she meets Christopher ‘Bandit’ Lawless, an ex-marine and the gamekeeper of the hall, whose brusque manner conceals a painful past.
After discovering a diary belonging to a previous owner, Maddie and Bandit find themselves immersed in the history of the old house, uncovering its secrets, scandals, tragedies – and, all the while, becoming closer.
But Liam still won’t let go, he wants Maddie back, and when Liam wants something he gets it, no matter who he hurts …
Winner of Choc Lit & Whole Story Audiobooks 2015 Search for a Star competition.

Madeleine Frost thinks things are turning out for the better when she is asked to move in with Liam, a smooth talker and charmer. After losing her husband in an accident and having to bring up her young daughter Poppy alone, Madeline thinks her luck is on the up. Little does she know that the house she moves into with Liam belongs to his parents and is a shrine to them with all their belongings in the rooms and her being unable to touch them.

Little did she know that Liam has a darker side to him, so unable to live with his mood swings and worrying for her and Poppy’s safety, she decides to leave him. The problem is, where will she go? Her sister only has a one bedroom flat and she hasn’t spoken to her father for many years.

After a lot of soul searching and conversations with her sister Jess, Madeleine decides to visit her father to ask if he can help her out with somewhere to live. Her father owns  Wrea Head hall which is a hotel. Her father is over the moon to be reunited with his daughter and Grandaughter and insists they go and stay with them.

Once Madeleine turns up at the hotel with all her wordly goods, she bumps into (literally!) the handyman nicknamed Bandit. After getting off to an awkward start they get to know one another and find a diary in the hotel. It reveals secrets and hidden tunnels and as their curiosity gets the better of them they decide to find out more about the people in the diary and the secrets they hold.

Of course, you don’t think that Liam is going to just let Madeline go do you? Not after all the effort it took for years to get her to be with him in the first place!! You will just have to read it yourself to find out what happens.

I loved the cover of this book which I think gives a great sense of mystery and draws you in!

This is Lynda Stacey’s first novell and I look forward to reading more from her. 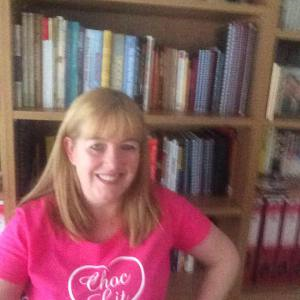 Lynda, is a wife, step-mother and grandmother, she grew up in the mining village of Bentley, Doncaster, in South Yorkshire.

She is currently the Sales Director of a stationery, office supplies and office furniture company in Doncaster, where she has worked for the past 25 years. Prior to this she’d also been a nurse, a model, an emergency first response instructor and a PADI Scuba Diving Instructor … and yes, she was crazy enough to dive in the sea with sharks, without a cage.
Following a car accident in 2008, Lynda was left with limited mobility in her right arm.

Unable to dive or teach anymore, she turned to her love of writing, a hobby she’d followed avidly since being a teenager.
Her own life story, along with varied career choices helps Lynda to create stories of romantic suspense, with challenging and unpredictable plots, along with (as in all romances) very happy endings.

Lynda joined the Romantic Novelist Association in 2014 under the umbrella of the New Writers Scheme and in 2015, her debut novel House of Secrets won the Choc Lit & Whole Story Audiobooks Search for a Star competition.

She lives in a small rural hamlet near Doncaster, with her ‘hero at home husband’, Haydn, whom she’s been happily married to for over 20 years.


www.Lyndastacey.co.uk
Posted by Boon's Bookcase at 06:30