Out of Control by T.A. Belshaw Blog Tour


It began with a trivial moment of carelessness, but the shockwaves that reverberate from this seemingly insignificant incident, spread far and wide.

Ed and his heavily pregnant wife Mary are on an errand for Ed’s ailing father before the pair depart for warmer climes. But the winter of 1962 comes early and one innocuous event and a hastily taken decision will have devastating consequences for the family of young Rose Gorton. Mary’s already fragile mental state is put under further stress while Ed tries to make sense of events that are spiralling massively, Out of Control. 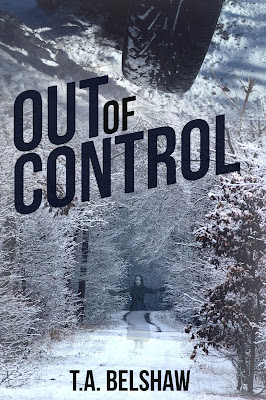 Set in 1962 this story starts with Ed and Mary who are on their way to Ed’s Father’s house to collect a bottle of wine as his Father is dying and it is one of his last requests to have a decent bottle of wine from his cellar. Not an unusual request you might say, but as Ed hates going into the cellar since he was a child, it is something he is not looking forward to doing.

Ed’s wife Mary is demanding, selfish, pregnant (and still smokes and drinks, but then again it is 1962!!) and has no time for anyone but herself, so when Ed skids on the road in bad weather and clips a car which ends up over the edge of the road, Mary tries her hardest to persuade Ed to leave the scene of the crime and not report it! Poor Ed is bullied into driving off and leaving the driver hanging out of the door, lifeless……..

Once they arrive at Ed’s Father’s place strange things start to happen. Ed still has to deal with going into the cellar to retrieve the bottle of wine and Mary starts acting very oddly!

I can honestly say, this story scared the pants out of me!! I didn’t realise it was a bit of a “ghost” story as well as a thriller. I loved it and can imagine it becoming a play on tv. Very clever storyline and the fact that I didn’t like the character of Mary, is the sign of a good author, as she wasn’t meant to be liked!!

I loved this story and I think the cover is fab as well. Well done Trevor!

Thank you to Trevor Belshaw and JB Johnston at Brook Cottage Books for sending me a copy of this novella to review. 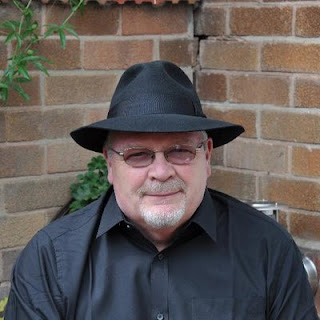 T A Belshaw is from Nottingham in the United Kingdom. Trevor writes for both children and adults. He is the author of Tracy's Hot Mail. (Crooked Cat Publishing 2012) His latest book, Tracy's Celebrity Hot Mail was released on August 12th 2014 by Crooked Cat Publishing. (www.crookedcatpublishing.com) Trevor's latest book, a noir, suspense novella, Out Of Control, was released in August 2015.

His short stories have been published in various anthologies including 100 Stories for Haiti, 50 Stories for Pakistan, Another Haircut, Shambelurkling and Other Stories, Deck The Halls, 100 Stories for Queensland and The Cafe Lit anthology 2011, 2012 and 2013. He also has two pieces in Shambelurklers Return. 2014

Trevor is also the author of 13 children's books written under the name of Trevor Forest. The latest. Magic Molly The Murky Marshes will be released in August 2015
His children's poem, Clicking Gran, was long listed for the Plough prize (children's section ) in 2009 and his short poem, My Mistake, was rated Highly Commended and published in an anthology of the best entries in the Farringdon Poetry Competition.
Trevor's articles have been published in magazines as diverse as Ireland's Own, The Best of British and First Edition. He is a regular contributor to The Pages E-Zine.

Trevor is currently working on his new web serial The Diary of an Aspiring Adulteress and the third book in the Tracy series; Tracy's Euro Hot Mail.
http://www.trevorbelshaw.com