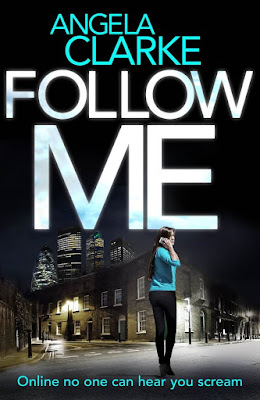 I have heard so much about this book and can't wait to read it! but in the meantime I have enclosed an extract for you.

BFF – Best Friends Forever
05:36
Saturday 31 October
Dropping down to the ground from the back of the police van,
Nasreen tucked the flask of tea into her hoodie pocket and headed
back. Sent for the DCI’s tea again. This wasn’t what she’d had in mind
when she’d requested to be assigned to Detective Chief Inspector
Moast’s team. She wanted to prove herself on a major investigation,
not fetch beverages. Perhaps there’d be a chance to make a real
difference on this case. It was a particularly grim one. The body of
Alun Mardling, slumped over his computer with his throat cut, had
been found by his mother at around 4.30am, when she had returned
from her night shift at St Thomas’ Hospital. Mrs Lucy Mardling had
a job cleaning surgical instruments, but Nasreen couldn’t imagine
any amount of blood and tissue would prepare you for this.
Closing her eyes, she was back in the hallway with DCI Moast,
breathless from suiting up before the others. She replayed the
scene in her mind.
‘Sergeant Nasreen Cudmore, this is Dr Jim Fisher.’ DCI Moast,
his blue puffa jacket and jeans covered by his protective full body
suit, signalled at the pathologist. ‘Nasreen is new to the team.
Fresh blood.’
She nodded as Dr Fisher stood back to let them enter the room.
At just over six foot, he was taller than Nasreen and the DCI, with
smiling crinkly eyes behind thin wire glasses, and thick grey hair
she could glimpse under his hood.
‘Glad to see you’ve finally got someone who knows what correct
practice is, Ed.’ The doctor pointed at the disposable face mask
Nasreen was wearing. She blushed. She didn’t want to get the DCI
in trouble.
‘I’ve got my shoes and my bonce covered, Jim, what more do
you want?’ The DCI’s grizzled jaw broke into a white grin. With
his hood up over his cropped hair, he resembled a cotton bud.
‘You bods are finished anyway,’ he continued. ‘I just want to see
the body in situ.’ They stepped into the small bedroom at the front
of the house. ‘My, my, this is a mess isn’t it? You going to be all
right with this, Sergeant Cudmore?’
Nasreen steeled herself to assess the scene. ‘Yes, sir. I’ve worked
homicides before.’
‘Righto.’ DCI Moast pulled his notebook from his pocket. ‘The
victim is Alun Mardling, aged forty-eight, a local bank manager
at Canary Wharf.’
With her own suit hood up, Nasreen had to turn her head to take
in the small room. The blue seventies-style curtains were drawn.
The orange glow of the street lamp outside could be seen through
them. A dusty lampshade with faded red and yellow cars on it hung
from above. There was a desk, a chair and a computer, at which
the body was slumped. The victim’s blood was splattered up and
over the wall. Nasreen felt her gut contract and tears threaten at
the back of her eyes. She reminded herself to stay clinical. Break
it down into small manageable sections. The best thing she could
do for the victim and his mother was help find who did this.
Posted by Boon's Bookcase at 12:00