Well in February 2015 I finally did something I had been thinking about for a couple of years………..I started a Blog! And I can honestly say, I haven’t looked back! I have had teething troubles, laptop’s dying and general feelings of the blog not looking professional enough, but I have had nearly 10,000 page views and for me that is absolutely brilliant!!

I have been to book launches, events, signings and have met many amazing people including, authors, publishers, tour hosts and fellow bloggers. Some of whom have become personal friends and for that I can only say a humble thank you. If it wasn’t for these people I wouldn’t have been able to get things off the ground! My Son also deserves a huge mention, as he was the one who one January night this year said “Come on Mum, let’s set you up with a Blog”!! and that was that!

I am not a fast reader and working full time does take it’s toll on my reading  but I have read more books this year than ever and can honestly count on one hand the number of not very good ones! I will be doing a top 10, but this is proving much more difficult to put together than I hoped!!

As I said earlier, I have met some great people this year, but I think there were two highlights for me personally and the first was when I got to meet the late, great, Jackie Collins on 8th September at the Grosvenor House Hotel in Park Lane, London. Little did we all know then that a mere eleven days later she would succumb to breast cancer. What an amazing lady she was and a true legend. She was funny, feisty, but most of all a damn lovely lady who ooooozed elegance. Thank you Jackie for shaking my hand and putting me at ease. Who’d have thought little old me would ever get to meet a Hollywood Superstar!! The second one was when one of my favourite authors, Kate Rhodes, said I had been mentioned in the acknowledgements of her book River of Souls (Alice Quentin series). I actually squeeled when I found out!!

So on to 2016 – I already have some Blog Tours booked into my diary for January and will be going to a book event and meeting Jill Mansell. An exciting time ahead looms for Boon’s Bookcase. I hope you will join me and come along for the ride!

I just want to take this opportunity to thank my fellow book buddy, Julie Williams, who has done many guest reviews on my blog (and who is a much faster reader than me!!). Without her, I wouldn't have been able to put half of the reviews on the blog that I wanted to! Thank you Julie, you are amazing!!

Finally, I would like to wish you all a very Happy New Year. I wish you health, wealth and happiness in the coming year. 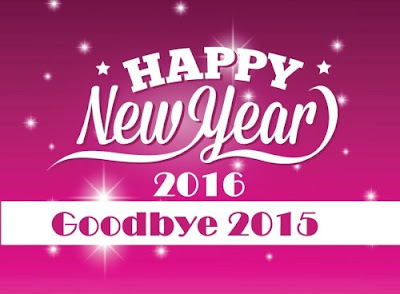