Living in the Shadows
by
Judith Barrow
Blog Tour

Sequel to the acclaimed Changing Patterns and Pattern of Shadows. It's 1969 and Mary Schormann is living quietly in Wales with her ex-POW husband, Peter, and her teenage twins, Richard and Victoria. Her niece, Linda Booth, is a nurse - following in Mary's footsteps - and works in the maternity ward of her local hospital in Lancashire. At the end of a long night shift, a bullying new father visits the maternity ward and brings back Linda's darkest nightmares, her terror of being locked in. Who is this man, and why does he scare her so? There are secrets dating back to the war that still haunt the family, and finding out what lies at their root might be the only way Linda can escape their murderous consequences.


This book is the third part in a trilogy from Judith Barrow, but can be read as a stand alone book. Although to be fair, if I had the time, I would have read the other two first, as their are a lot of characters to get to grips with and it took me a while to remember who was related to who! But once I did I really enjoyed it.

The book is set in the 1960's and gives the reader a great insight into life during the 60's and also how life was different within families then. The book starts with Linda Booth, who is a midwife and whilst caring for one of her patients who has just given birth, comes face to face with the patient's nasty, manipulative husband and the consequences of that meeting brings terrible memories flooding back to Linda and makes you want to carry on reading to find out why she was so afraid every time she saw him.

The book then tells us about twins Victoria and Richard and how differently their lives turn out. Richard is a medical student, who, although deaf, is determined to do well in life. Victoria on the other hand, is jealous of her brother and decides to run away with a man who she thinks at the time loves her. Little does she know that where she runs away to will change her life forever. There are a few harrowing bits in the book, but I felt the author dealt with these tactfully.

I really enjoy reading books about yesteryear and this book was no exception. I would recommend this book and I just wish I had personally read the previous two books, only because I enjoyed the last one but would have liked to have got more of an insight to the characters. Also I love the book cover!

Thank you so much to JB Johnston at Brook Cottage Books for sending me a copy to review. 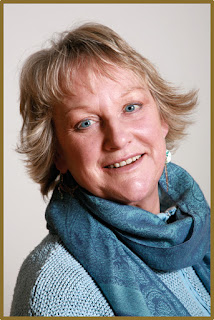 She has BA (Hons) in Literature with the Open University, a Diploma in Drama from Swansea University and a MA in Creative Writing with the University of Wales Trinity St David's College, Carmarthen.


She has had short stories, plays, reviews and articles, published throughout the British Isles and has won several poetry competitions. She has completed three children's books.

She is also a Creative Writing tutor.