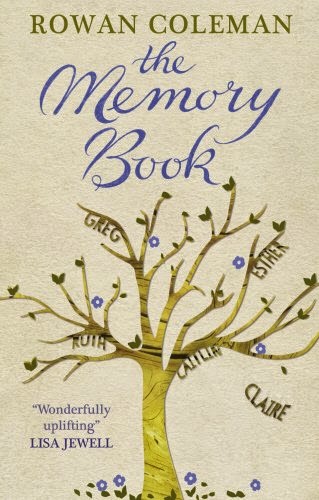 I was recommended to read this book by a Blogger friend of mine and also, I have heard nothing but rave reviews about this book so I thought it was time I found out what all the fuss was about!

Obviously by the title, I could tell it was going to be a weepy, but it wasn't all sad. The author added some humour in the midst of sadness and included it beautifully and sensitively throughout the book.

The book is about Claire, a Mum of 2 who has been diagnosed with early onset Alzheimer's Disease and the effects the disease has on her nearest and dearest. There are chapters dedicated to each person in Claire's life and describes how the disease is also affecting them.

This review is the hardest one I have had to write yet, as I loved this book, but don't want people to think it is predictable, because it isn't. It made me cry many times (once when I was on the bus!), but it also made me laugh as well as think how frustrating it must be to have a disease like Alzheimer's.

This book is written so beautifully that all I can say is that you must read it as it is so thought provoking. The characters are all described wonderfully and even when you think one or two of them are acting horribly, you can understand why they behave like that as the disease is destroying them as well as Claire.

As I was on the last 50 pages of the book I took it with me to another book launch as I wanted to read it on the way there. I was talking to my Blogger friend when Rowan turned up to say hello!! To say I was shocked is an understatement!! Once I got over my fan girl moment, I asked Rowan to sign the book for me, which she did!! I still can't get over it and became quite emotional!! What a lovely lady and when I got home I ordered The Runaway Wife (another recommendation by my friend!). 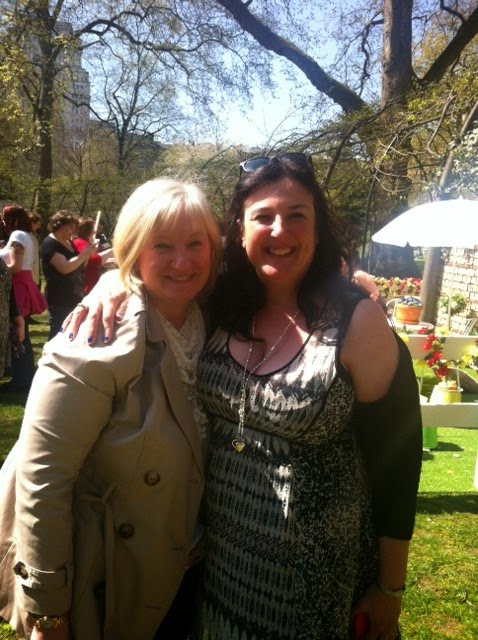 Thank you Rowan for writing a truly inspiring book and it was an absolute joy to meet you!!

Rowan Coleman lives with her husband, and five children in a very full house in Hertfordshire. She juggles writing novels with raising her family which includes a very lively set of toddler twins whose main hobby is going in the opposite directions. When she gets the chance, Rowan enjoys sleeping, sitting and loves watching films; she is also attempting to learn how to bake.
Rowan would like to live every day as if she were starring in a musical, although her daughter no longer allows her to sing in public. Despite being dyslexic, Rowan loves writing, and The Memory Book is her eleventh novel, which was chosen as a Richard and Judy bookclub selection in 2014. Others include The Accidental Mother, Lessons in Laughing Out Loud and the award-winning Dearest Rose, a novel which lead Rowan to become an active supporter of domestic abuse charity Refuge, donating 100% of royalties from the ebook publication of her novella, Woman Walks Into a Bar, to the charity.