The House at Strone 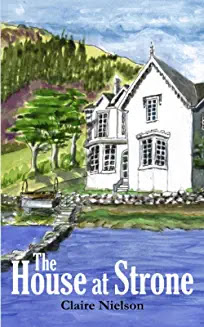 When three children spend a summer alone in an old house by the sea,
they little dream what mysteries and adventures are going to enthral and
challenge them.
I am absolutely delighted to be able to do a Q&A with the author of The House at Strone. This is a children's book and I haven't hosted anything like this before, although I do read some YA books! but this one sounds such a lovely read that I had to host on Boon's Bookcase!

With a long career in television and theatre, author Claire Nielson enjoys an incredibly colourful life. From leaving school at 16 and saving money to run away to Italy with her best friend, appearing in household shows including Taggart, The Two Ronnies and Fawlty Towers, to co-founding a successful drama workshop company, Claire's time has been busy and fulfilling.
Family is important to Claire who enjoys telling her grandchildren stories of the special childhood holidays she enjoyed at her grandfather's home in Strone. After years of begging her to write these stories down so they (her grandchildren) can tell these stories to their own children, lockdown provided the perfect opportunity for Claire to pen her first children's book, The House at Strone. Now living in Stratford-upon-Avon with her husband, actor Paul Greenwood, when Claire isn't writing stories, she enjoys playing the piano (albeit badly!), cooking, walking and painting. 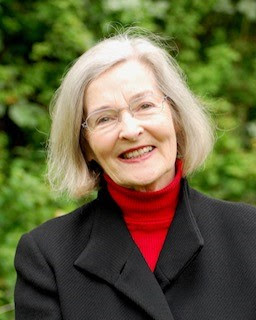 I think, as soon as I could read, I began to make up stories I hoped people would believe in, though for a long time my only success was with my doting grandmother. Between the ages of ten and thirteen, to my great delight, I was lent an old hunting lodge in the middle of a wood near Strone. (I know!) I turned this into a rather primitive theatre, in which I persuaded my reluctant friends to act plays I had written, often having to chase after them on my bike to force them to attend rehearsals. This soon turned me towards acting rather than writing which leads me straight into to the answer of the next question…

Well, apart from a short stint in a cigarette factory after I left school, I’ve been an actor all my life, (still am when I get the chance) but I kept writing and was lucky enough to be commissioned to write several non-fiction books published by Thorsons, Parkgate Books, Ebury Press and Princess House.

My acting career kept me very busy. Having trained at the Royal Scottish Academy of Dramatic Art (now Royal Scottish Conservatoire), I won a year’s contract to The Citizen Theatre, Glasgow. This began a long career in theatre, including London’s West End, The Globe, and Joan Littlewood’s Theatre Workshop. I also appeared in many TV plays, drama series and comedies, including Dr Finlay’s Casebook, Upstairs, Downstairs, The Brothers, The Crow Road, Taggart, Monarch of the Glen, The Two Ronnies, and Fawlty Towers. In my mid-forties I fulfilled a lifetime ambition to study and was lucky enough to be accepted as a mature undergraduate at King’s College, Cambridge, to read English literature. After getting my degree I was able to return to acting, writing and teaching with more solid ground under me.

How did you carry out the research for your book?

Having lived through the period in which The House at Strone adventures occur, I didn’t have to do a huge amount of research, but I had to try to make sure that all the post-war details, about rationing etc, were correct. The Internet was helpful on those details, and I also used books about the area to jog my memory, in particular Life on the Shore, a self-published memoir by Alex C. Thomson. I also studied old maps and checked remembered places with John, my elder brother. He still lives in Scotland, in a beautiful part of the Trossachs, called Brig o’ Turk.

The easiest aspect is the exercise of imagination upon real or half-remembered impressions. The hardest is the subsequent editing and refining.

To be honest, because I seem to do a lot of other things, (acting, painting, etc) I fit in my writing whenever I can, though I do try to do some every day. I find first thing after breakfast the best time, but also, strangely, around five o’clock in the evening. I mostly sit at a desk in a tiny room that is more like a corridor, but where I can shut the door and concentrate. It adjoins the room I call my studio, where all my art stuff lives, so, sometimes when I get stuck with the writing, I can go and muck about with paints for a while to refresh me.

I am a bit of a glutton when it comes to books. I often have two, or three on the go at once, to suit whichever mood I happen to be in. I love the classics, all the usuals, but find, having lived so long, that they are many having to be re-read now. Why they are classics is, of course, because they mean different things at different times in your life. I am also much enjoying the widening range of writers being published and translated now. This is really exciting, often challenging, but always mind-stretching. Exploring the literature of different cultures has made me much more critical of the accepted norms of many of the novels I swallowed whole in my youth!

How important do you think social media is to authors in today's society?

Funny you should ask that, because I’m just finding out how important it is! It’s been quite a journey of discovery for me and probably very good at preventing me from becoming too much of a stick-in-the-mud. I’ve tried hard as an older person to keep up-to-date with technology but there is no doubt that the digital generation can show me a thing or two. Having said that, I think it might also be quite fun for them to read my

book, The House at Strone, to see what kids got up to before even television was around. We still managed to have a lot of fun and perhaps we had more adventures because we were outside so much, interacting with nature and wilderness more than a lot of children have the chance to do now.

Could you tell the readers a bit about your book?

My book, The House at Strone, is about three children who stay by themselves for a whole summer in an old house by the sea. Quite challenging at the best of times but this is 1947 when post-war food shortages are at their worst and rationing more severe even than during the war.

The House at Strone is a real house. It’s still there, standing on the shores of the Holy Loch in Argyleshire on the Firth of Clyde. It belonged to my grandfather. We children adored it and went to stay there every holiday. Then my grandfather died, my mother needed to go into hospital and because my dad was a GP and ran a busy practice in Glasgow, we managed to persuade our parents that we three children, my sister Elsa, thirteen, my brother John, eleven, and I, just eight, could spend a summer holiday there all by ourselves. This is the true basis of the story, but I took the situation, the atmosphere and some of the real characters and wove them, with a lot of fiction, into an adventure novel. I illustrated it myself to try to capture some of the visual impressions still strong in my mind from my childhood.