The Bird in the Bamboo Cage

The Bird in the Bamboo Cage
by
Hazel Gaynor
BLOG TOUR 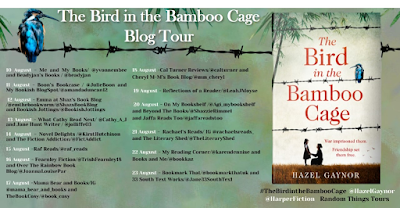 I'm thrilled to be a part of the blog tour for this author's latest novel. I am a real fan of Hazel Gaynor (A Memory of Violets being one of my all time favourite reads). You can read my review below of this corker of a novel! 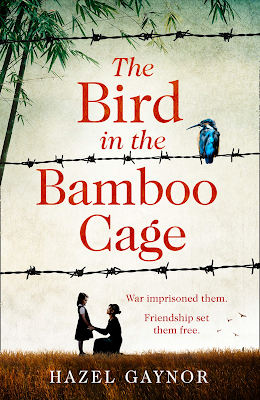 Blurb China, 1941. With Japan’s declaration of war on the Allies, Elspeth Kent’s future changes forever. When soldiers take control of the missionary school where she teaches, comfortable security is replaced by rationing, uncertainty and fear. Ten-year-old Nancy Plummer has always felt safe at Chefoo School. Now the enemy, separated indefinitely from anxious parents, the children must turn to their teachers – to Miss Kent and her new Girl Guide patrol especially – for help. But worse is to come when the pupils and teachers are sent to a distant internment camp. Unimaginable hardship, impossible choices and danger lie ahead. Inspired by true events, this is the unforgettable story of the life-changing bonds formed between a young girl and her teacher, in a remote corner of a terrible war.

Review
When the outbreak of WWII begins, Elspeth is teaching the children of missionaries in China alongside Minnie. Both thought teaching so far from home would bring solace and healing in their lives, but little did they know that the bombing of Pearl Harbour by the Japanese would change their lives forever.
Nancy is a sensitive little girl who loves being taught by Elspeth, but misses her mother dearly and cannot wait until the day comes when she is reunited with her.
In the meantime, Elspeth and Minnie teach the girls, but are also Girl Guiders which the children love, especially earning themselves badges in lots of different activities. (I was a Girl Guide myself for many years and only left because I was too old!, so I know how wonderful this movement would have been for them).
When war breaks out they become prisoners and are watched at all times by the Japanese guards and life becomes very different, often unbearable for them all and then just as soon as they get settled into some sort of routine, they are moved to another place.
This book tells the story of their time under Japanese rule as basically prisoners of war and the treatment they suffered whilst waiting for freedom.  As you can probably imagine, they weren’t always treated fairly or appropriately, but through it all, nobody could break their spirit and hope that one day they would be free.
A fabulous mix of characters and thoroughly researched, this novel messes with your emotions. One minute I was bursting with pride for the characters in keeping strong throughout a harrowing experience and the next, I was weeping for the sense of utter loss and humiliation they must have felt at the hands of such a harsh regime.
I can’t praise this book enough and it is one that will stay with me for a long time. The author’s finest yet. 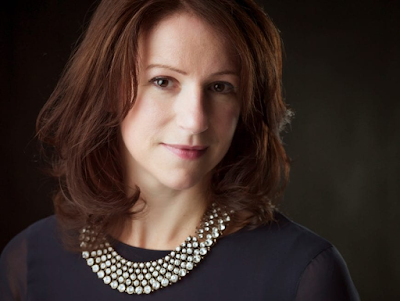 Hazel Gaynor is an award-winning, New York Times, USA Today, and Irish Times, bestselling author of historical fiction, including her debut THE GIRL WHO CAME HOME, for which she received the 2015 RNA Historical Novel of the Year award. THE LIGHTHOUSE KEEPER'S DAUGHTER was shortlisted for the 2019 HWA Gold Crown award. She is published in thirteen languages and nineteen countries. Hazel is co-founder of creative writing events, The Inspiration Project, and currently lives in Ireland with her family, though originally from Yorkshire.