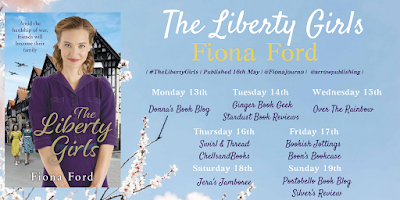 I am over the moon to be a part of the Blog Tour for The Liberty Girls by Fiona Ford. I was lucky enough to read Christmas at Liberty's and I must say, as sagas go, it was pretty fabulous and so I couldn't wait to read the next instalment. I have an extract for you today, but am taking this one on holiday with me in July and will review then for you. I would like to say a big thank you to Fiona Ford who has been a wonderful support over the last few months during what has been a truly sad time for me and my family. Thank you Fiona.

Jimmy’s lined face hardened; he had always hated weakness and Alice cursed herself for showing him her true feelings. Drawing himself up to his full height he took a step forward and towered over his daughter.

‘Don’t start whining, girl. Dot here’s going to keep an eye on you. Besides, you’re old enough now to fend for yourselves. You’ll need to clear out the house by next month, the rent’ll be due.’

Alice turned to Dot, whose face was so contorted with anger, Alice could tell she was having difficulty speaking.

‘You’re really going away to America and leaving us without a penny or even a house?’ Alice said in disbelief. ‘Joy’s ten, she adores you, how do you think she’s going to feel? Her mum’s dead, you’re buggering off to the other side of the world and now we’re out on the streets?’
There was a pause then as Jimmy looked at his daughter and Alice could see him thinking it all through. Relief started to flood her. He was going to change his mind; it was going to be all right.

‘Here you are,’ Jimmy said at last, pulling out a fistful of notes and a handful of change from his trouser pockets.
‘This ought to keep you going ’til you get a full-time job at least. Now, don’t say your old man ain’t generous. I know how to take care of me own.’
At the sight of the money in his hands Alice knew she was supposed to be grateful but all she really wanted to do was roar with laughter at the stupidity of it all. She also knew it wasn’t the time. Not if she wanted to avoid a black eye anyway. Instead she took a step back and surveyed the man who was her father. He looked old, she thought. His cauliflower ears, scarred cheeks and broken nose made him seem more advanced in years than he actually was.

Alice knew that he wasn’t running away because he was worried about retribution, or even about the police turning up at his door. He was going because he was worried about losing his position as leader of the Elephant Boys. The only thing that mattered to him was his stupid pride.  ‘Shove your bleedin’ money,’ she said, her eyes blazing angrily.
‘We’ll be better off without you.’
‘Alice, love,’ Jimmy wheedled, reaching for her hand, palms still full of money, ‘there’s no need for that. I’ll write, course I will, when I can.’ As Dot snorted in disgust once more, Alice rounded on her father. ‘Don’t bother. We don’t need nothing off you, Jimmy Harris. You’re an ageing two-bob crook who’s always let me and Joy down. I hope I never see you again.’  At his daughter’s outburst Jimmy opened and closed his mouth. Then with an angry shrug, he shoved the money he had offered her back in his pocket, slammed the last of his suitcases shut and pushed past her without a backward glance.

When Alice heard the front door slam, the tears started to flow. He really had gone. She might have hated him, but he was all she had. Her body heaving with sobs, Alice turned to Dot and whispered, ‘What do I do now?’
Extracted from The Liberty Girls by Fiona Ford (out now, published by Arrow) 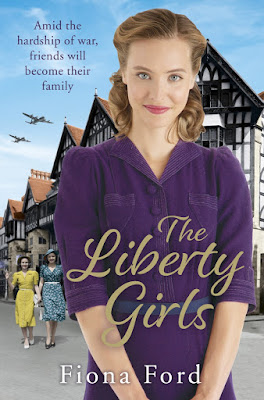 Set around the iconic Carnaby Street department store at the height of the Blitz in London, this heart-warming story of friendship and courage in WWII was inspired by the real men and women who worked at Liberty during the 1940s.

During a visit to Liberty, author Fiona Ford discovered a plaque dedicated to the men and women who lost their lives during WWII. Intrigued by their potential stories, Fiona secured rare access to Liberty’s records and archives which served as inspiration for this exciting new saga series.

March, 1942: new mother Alice Milward is itching to return to her job as a shop assistant at Liberty’s. Despite her husband still being missing in action, Alice is determined to give baby Arthur the best possible start. She soon settles back into the rhythm of life on the shop floor, and the Liberty Girls rally to help keep everything on an even keel. But when the American GIs start swarming into London, there are more complications to come. And each of the Liberty Girls has their own impossible storm to weather. As they each fight their battles on the home front, only their close friendship will give them the strength they need to carry on. 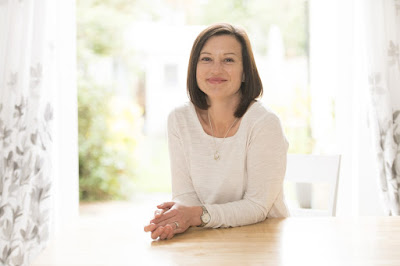 Praise for Fiona Ford‘A wonderful, uplifting story of friendship and courage. Characters that you can't help falling in love with! This new saga series will surely touch the hearts of saga readers everywhere’ Nancy Revell
‘A compelling first novel by Fiona Ford, which I promise you won't be able to put down’ Daisy Styles ‘A fabulous debut from an immensely talented author’ - Annie Groves‘Not often do books make me shed a tear, but this one did. *****’
‘Fiona transports you straight back in time to WWII and the attention to detail is fantastic.*****’’
Fiona Ford spent many years as a journalist writing for women’s weekly and monthly magazines before becoming a full time author. Fiona tirelessly combed the Westminster Archives and Liberty records for details about what life was really like working in London and Liberty during WWII, lending a true sense of authenticity to her writing. Fiona is also the author of the A Pug Like Percy books under the pseudonym, Fiona Harrison, as well as two sagas in her own name in the Spark Girls series. Fiona lives in Berkshire with her partner. Find out more about Fiona at www.fionaford.co.uk.

To read my review of the first book in the series, Christmas at Liberty's click here
Posted by Boon's Bookcase at 06:30