Kerryl Shaw has always kept a diary, but this one is different because she knows she is going to die.
A highly infectious and incurable virus spreads worldwide. Seventeen-year-old Kerryl lives with her family on a remote farm. They think they will be safe, but the danger advances. One day a stranger arrives, and it soon becomes apparent that he has brought the plague to their door.
Kerryl is sure it’s only a matter of time before she catches the infection and dies, and decides to record what she thinks will be her final days. She realises that her diary will never be read, so she imagines a reader and calls him Adam. Loneliness and isolation affect the balance of her mind. Little by little Adam comes alive to her, and she sets off across the moor to meet him.


Introductions are boring, but unless I take time to explain things it will be confusing for you. Me first. Not very polite, I know, but it’s probably the best place to start.
My name is Kerryl – or that’s what my family and friends call me. My proper name is Cheryl. Cheryl Alison Shaw. They call me the Paradise Girl. Don’t get excited – it sounds sexy but it’s not. I’m seventeen years old and still a virgin. I’m not a nun, I’ve been out with loads of boys – Tim, Mark (two of them), Nathan, Jake, Tristram, Steve – but I wasn’t that keen on any of them and they didn’t last. The exception was Mark II. He was older than me, fearsomely good looking and he had a nice car. I thought he was really hot. When I wasn’t with him I was thinking about him. But it seems he wasn’t as keen as me, and one day my best friend, Josie, told me that he was going out with Monica Woodbridge and saying I was a frigid cow. It seems everybody knew I’d been dumped and I was the last to find out.
The worst thing was the shock. I thought Monica Woodbridge was my friend. As well as that, all the girls in our group had been going out with the same boys for a long time, but I seemed to keep a boyfriend for only a few weeks. Was there something wrong with me? To be honest, I’m not a great beauty. I don’t mean I’m a train wreck or anything. I’m not bad looking, but I’m not like Charlene Brooker or Suzy Simmonds. They’re electric, both of them. Charlene could be a model, and Suzy’s always surrounded by a gang of drooling boys.
They’re gone now: Charlene, Suzy, Josie, Monica, all of them.
Sorry for the break there. I had to stop to have a little weep. I’ll try not to do too much of that. I suppose I can console myself with one thing: with everyone else dead, I must be the most beautiful girl in the world!


BUY DIRECT FROM THE AUTHOR AND GET IT SIGNED! http://bit.ly/2hE3lHY 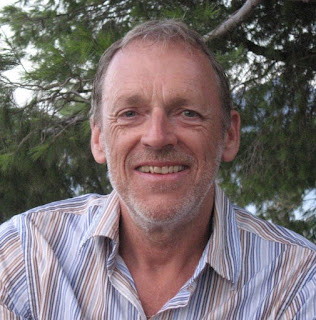 Phill Featherstone was born and brought up in the north of England. He trained as a teacher and taught English in comprehensive schools. In the late 1990s he and his wife, Sally, founded a publishing company specialising in education books for the early years. In 2008 the business was acquired by Bloomsbury, after which they moved to Yorkshire. He now spends his time writing, travelling, on the arts and on conservation work. Phill has degrees from Cambridge and Leicester Universities, and is a member of the Society of Authors. Paradise Girl is his third novel, although the first to be published.
Paradise Girl recently won a CHILL WITH A BOOK AWARD! 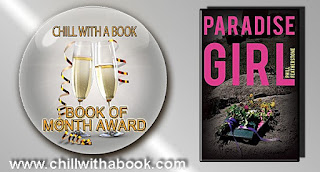 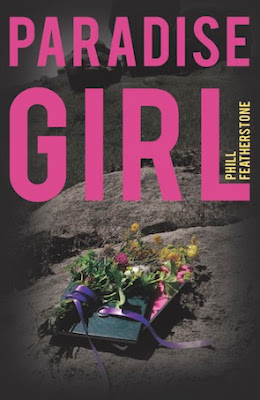