Anything could happen when you spend summer in San Remo …
Running her busy concierge service usually keeps Cassie Travers fully occupied. But when a new client offers her the strangest commission she's ever handled she suddenly finds herself on the cusp of an Italian adventure, with a man she thought she would never see again. Jake McQuire has returned from the States to his family-run detective agency. When old flame Cassie appears in need of help with her mysterious client, who better than Jake to step in? Events take the pair across Europe to a luxurious villa on the Italian Riviera. There, Cassie finds that the mystery she pursues pales into insignificance, when compared to another discovery made along the way … 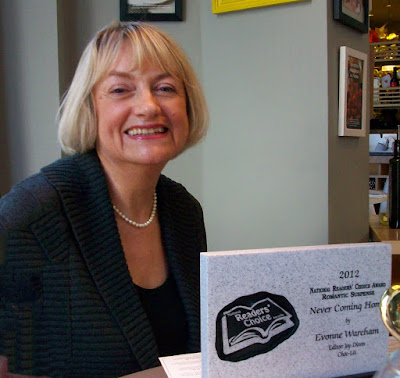 Evonne Wareham was born in Barry on the South Wales coast, but spent most of her working life in London. Now home again in Wales she is studying for a PhD in History and writing romance. She was a finalist in two reality writing contests in the United States and had a great time, even if she didn’t win. When not studying or writing, she loves to travel, go to the theatre, walk on the beach and sleep. She has won and been nominated for awards for her romantic suspense novels on both sides of the Atlantic, but Summer in San Remo is  something different  – a romantic comedy with a light dusting of crime - which is a change of pace from writing the dark scary stuff. She is a member of both the Crime Writers’ Association and the Romantic Novelists’ Association, which means she gets to go to twice as many literary parties. 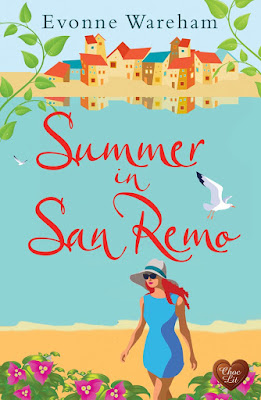