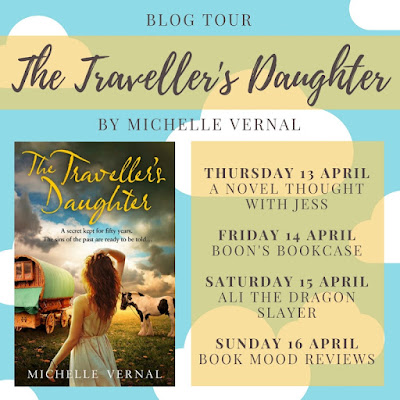 I'm delighted to be a part of the blog tour for The Traveller's Daughter by Michelle Vernal. I love the cover of this book and can't wait to read it. I have a great guest piece from the author below. 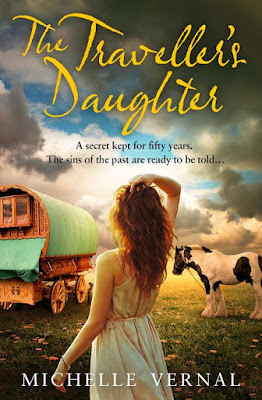 My literary agent, (I love saying that it makes me feel like a proper writer) Vicki Marsdon was asked a question recently by an Australian publisher. What, given The Traveller’s Daughter’s theme and that several of my other books are set there my connection with Ireland was. A fair enough question as I live on the opposite side of the world in a small town near the Alps in New Zealand’s South Island. Erm, my parents are from Liverpool if that counts? Actually, there is no familial connection unless you go back generations. I didn’t think asking her to pass on that I was a U2 fan from way back was what they were looking for either. Oh, and by way back I’m talking riding around suburban Auckland on my Raleigh 20 bike blasting U2’s Pride (in the name of love) on my transistor radio. Nope, not the stuff of a writerly profile.
Instead, I told her that I turned twenty-one in Dublin and that I unknowingly stayed with travellers while I was there. It was in Dublin that I stood out in the snow for the first time while watching swans glide down the Liffey. A love of history flared and ignited on O’Connell Street as staring at the bullet holes in the Grand Post Office’s facade the Easter Rising was brought to life. I went back to Ireland again eight years later. The Celtic Tiger was roaring in 2000 when my now hubby and I embarked on our working holiday. It was in Bad Bob’s Bar on his thirtieth birthday that he got down on bended knee – I thought he’d injured himself due to one too many pints, but he was in fact proposing. I said yes of course, and bought my wedding dress with its bodice overlaid in Irish lace second hand from a work colleague carting it home in my backpack, but I’m getting ahead of myself.
The first time I visited Ireland was in the early 90’s, and the vibe was very different to what it would be in the millennium boom yet to come. The air that time of year was smoggy and smoky, and there was a pervasive feeling of tough times. I’d been living and working in the UK on my first big overseas adventure and arrived in Dublin’s fair city about to turn twenty-one. I was also sporting a bountiful head of hair which wasn’t helped by the inclement December weather. I blame fellow Kiwi, supermodel Rachel Hunter and the spiral perm for the hair situation. How was I to know her curls were natural? So it was I paid a fortune for the ‘Rachel’ spiral only to wind up with a ‘Cornwall Long Wool’ sheep. Anyway there we were in Dublin, me and my hair, along with a boyfriend who wasn’t a keeper – and not just because of his pride and joy - a Mr Bean Mini with a dodgy starter motor.
Mr Not a Keeper had a group of friends he called the Irish, they’d crossed the sea and found work near his home on the outskirts of London a few years back, and we were going to stay with them. Everywhere we pootled to in that Mini we were greeted with warmth and welcomed and usually wound up staying overnight due to the dodgy starter motor. One night was spent in a caravan in the Wicklow Mountains with a friend of his who lived alongside a cluster of other static caravans all up on blocks. I didn’t realise it at the time, but they were travellers. I do remember feeling a sense of wildness in that lifestyle and the countryside around those caravans, though. I can also recall seeing ponies grazing on the strip of grass outside an urban housing estate in Dublin - unruly kids playing alongside them. They too would have been part of the travelling community housed under brick and tiles thanks to government incentives.
There was something special about that time; it caught my imagination and held it. It wasn’t because of the great weather nor was it down to Mr Not a Keeper and his Mini. It wasn’t even because of the massive crush I had on that Irish guy who sung with The Hot House Flowers. Oh and for the record it was never Bono, I always fancied the drummer. Anyway, maybe it was a combination of my age and the romantic in me. Whatever it was, I lodged and filed those experiences away bringing them back out again when I was writing The Traveller’s Daughter many years later. In Kitty’s and Rosa’s story I
hope I’ve managed to bring a little bit of the magic, I felt in the air back then to the pages of the book. 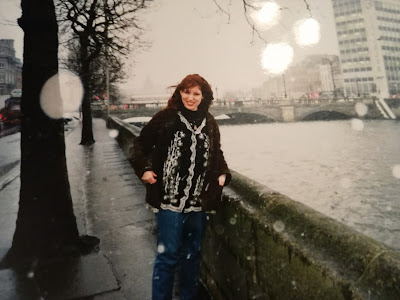 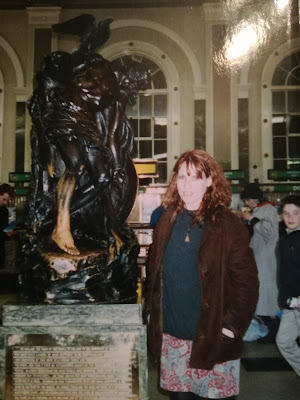