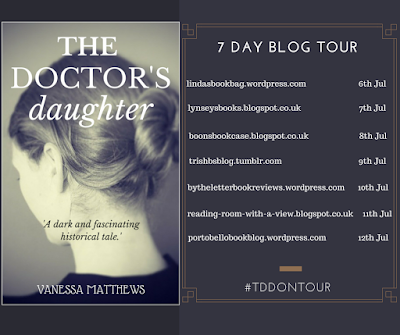 A prominent psychiatrist's daughter realises insanity can be found much closer to home when she unlocks secrets from the past that threaten to destroy her future.
It's 1927, women have the right to vote and morals are slackening, but 23-year-old Marta Rosenblit is not a typical woman of her time. She has little connection with her elder sisters, her mother has been detained in an asylum since Marta was born and she has spent her life being shaped as her father Arnold's protégé.
She is lost, unsure of who she is and who she wants to be. Primarily set in Vienna, this dark tale follows her journey of self-discovery as she tries to step out of her father's shadow and find her identity in a man's world. Her father's friend Dr Leopold Kaposi is keen to help her make her name, but his interest is not purely professional and his motivations pose greater risks than she could possibly know. Marta's chance encounter in a café leads to a new friendship with young medical graduate Elise Saloman, but it soon turns out that Elise has some secrets of her own.
When Marta's shock discovery about her family story coincides with her mother's apparent suicide, Marta can't take anymore. Nobody she has grown to love and trust is who they seem. Her professional plans unravel, her relationships are in tatters and her sanity is on the line - and one person is behind it all. 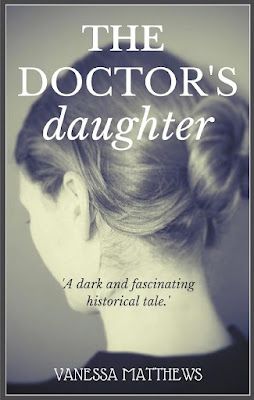 Review
I was asked by the author herself to read and review The Doctor's Daughter and gladly agreed to review and be a part of the Blog Tour. It's really lovely and very humbling for me when an author contacts you direct after seeing you on Twitter, or hopefully seeing my Blog!!
Before I read it I had a few Twitter conversations with the author and she said that whether or not I liked the book, it will make me mad, glad and sad. It certainly did that!!
The book is mainly based in Vienna and is about a young woman called Marta who is the daughter of a Psychiatrist. Her father, as with most of the male characters in this book, is domineering, egotistical and (for want of a better word) sly!
Marta herself, is trying to be her own woman in a man's world, but has to deal with her own demons. I felt the author dealt with some often taboo subjects very well and it mad me sympathetic towards Marta as she felt very confused towards her family as her Mother was in an institution because of Mental Health and she had her own dealings with the illness going on.
This was a very dark story, but one I enjoyed reading and the author was right. I didn't like the male characters (who made me mad), the way in which Marta beat her demons to get on in life (made me glad) and the story of her poor Mother and how she was treated (made me sad)!!
Well done Vanessa for a stunning story and I absolutely love the book cover!
Thank you for letting me read this lovely book.
* * * *
About the Author 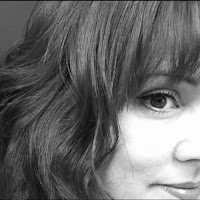 In 2014, the first draft of my novel The Doctor's Daughter was fortunate enough to be selected for a Free Read by The Literary Consultancy (TLC), a manuscript assessment that is awarded on merit and received interest from a number of literary agents and publishing houses.My debut poetry collection 'Melodies of my Other Life' was published by indie press Winter Goose Publishing in 2013. Since then I have been featured in several poetry publications and have developed my fiction writing skills through training with the Arvon Foundation. I have been writing since my teens and during my career have penned several feature articles printed in the national media. In 2012 I started a 30-day writing and blogging challenge during which I won two poetry contests. I regularly update my blog www.ordinarylifelessordinary.wordpress.com with poetry, short stories and author interviews. I live in Cornwall, England with my husband and four children. I am 38 years old.﻿
﻿
﻿
﻿
Posted by Boon's Bookcase at 07:00