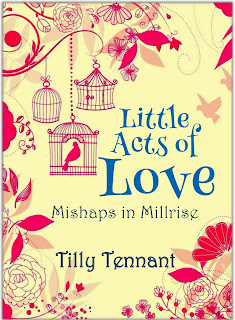 If you’re new to the town of , then come and meet the residents. If you fell in love with Phoebe and Jack last Christmas in Mishaps and Mistletoe, then you’ve just been invited to the best reunion ever…

Almost five months have passed since Phoebe and Jack first met in the grotto of a drunken Santa at Hendry’s toy store in Millrise.  Since then, Jack and his adorable daughter, Maria, have turned Phoebe’s life around.  As she and Jack get closer, Phoebe decides it’s time to put her stagnating career back on track too, which means going for a big promotion at work.

But nothing is ever simple in the strange little world of Hendry’s, and Phoebe is soon wishing she’d stayed on the tills.  At home, things aren’t much better as the couple brace themselves to meet their respective in-laws.  It’s clear from the start that making friends and influencing people has never been harder.  And to make it worse, Phoebe must compete for the affection of Jack’s parents with the perfect girlfriend and mother – who’s been dead for five years… 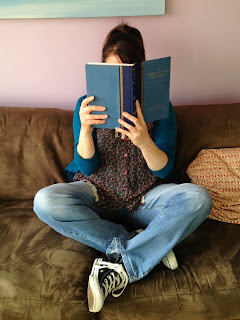 Tilly Tennant was born in Dorset, the oldest of four children, but now lives in Staffordshire with a family of her own. After years of dismal and disastrous jobs, including paper plate stacking, shop girl, newspaper promotions and waitressing (she never could carry a bowl of soup without spilling a bit), she decided to indulge her passion for the written word by embarking on a degree in English and creative writing, graduating in 2009 with first class honours. She wrote her first novel in 2007 during her first summer break at university and has not stopped writing since. She also works as a freelance fiction editor, and considers herself very lucky that this enables her to read many wonderful books before the rest of the world gets them.

Phoebe works in a toy shop and has been seeing boyfriend Jack for a few months and he has a lovely daughter Maria. Phoebe is still mourning her previous partner but is trying to get on with her life and therefore goes for a big promotion at work.

Phoebe obviously didn't get all of the information regarding her interview for the promotion as she didn't know about a presentation she had to give. She asks her colleague and friend to help and she ends up singing a rap song instead of giving a computer presentation!! It was absolutely hilarious, I couldn't stop laughing for ages!!

Anyway I won't tell you too much more except I am not 100% sure about Jack and I think there is a lot more to come from their relationship. I hope I can get to read the other instalments as I am very interested in knowing what happens next............

The competition is open internationally

a Rafflecopter giveaway
Posted by Unknown at 07:00