Snowed In For Christmas 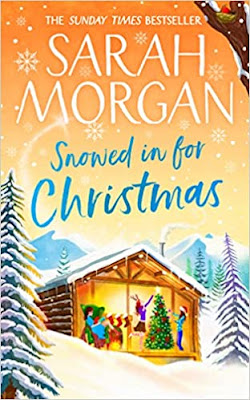 She’s snowed in with the family. The only problem? They’re not her family.

A family gatheringThis Christmas the Miller siblings have one goal – to avoid their family’s well-meaning questions. Ross, Alice and Clemmie have secrets that they don’t intend to share, and they are relying on each other to deflect attention.

An uninvited guestLucy Clarke is facing a Christmas alone, and the prospect of losing her job – unless she can win a major piece of business from Ross Miller. She’ll deliver her proposal to his family home in the Scottish Highlands and then leave. After all, she wouldn’t want to intrude on the Miller’s perfect family Christmas.

A Christmas to rememberWhen Lucy appears on the Miller’s snow-covered doorstep, she is mistaken for Ross’s girlfriend. But by the time the confusion is cleared up, a storm has hit and Lucy is stuck. As everyone settles in for a snowed-in Christmas, tensions bubble to the surface and suddenly Lucy finds herself facing a big family fallout with a family that isn’t hers…

Lucy Clarke loves her job so much, that she decides to go to Scotland to personally deliver a proposal to Ross Miller who is the CEO of a sports wear company. As she is on her way to the family home that he will be spending Christmas in, the weather decides to make a turn for the worse and Storm Scrooge closes in, promising everyone a white Christmas!

Lucy meets Ross on the doorstep who is none too pleased that a total stranger has come to his family home and when Lucy tries to leave out of pure embarrassement, she takes a tumble in the snow and breaks her ankle!

Ross Miller has two siblings. Alice is a Doctor in a hospital and has just been proposed to by her boyfriend Nico, but she is such an overthinker, that she can 't say yes straight away and that puts pressure on their relationship because Nico doesn't know whether Alice really loves him or not.

Clemmie is the youngest and is a nanny in London. She has decided to move back to Scotland as she has made a lifechanging decision, but will her family like it? and also, the fact that her childhood friend Fergus still lives in the village and she wants nothing more than for them to be more than friends, but she is sure that he doesn't feel the same.

Nanna Jean is the Grandmother who says it like it is. She is just hilarious and had me snorting with laughter on more than one occasion and mum Glenda is so anxious that Christmas is going to be a disaster and always overthinks things and is adamant she is a bad mother.

I thoroughly enjoyed the mix of characters in this book and it gives a good insight into all the characters personal lives and how even the craziest of families can come together in a crisis!

I'm going to own up to something now - this is the first book by Sarah Morgan I have read (I know!), but I can honestly say, it won't be my last! I already have some from my very good friend Julie to read and I can't wait for her new one to come out in May!