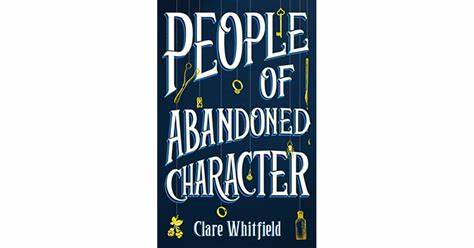 London, 1888. Susannah rushes into marriage to a young and wealthy surgeon. After a passionate honeymoon, she returns home with her new husband wrapped around her little finger. But then everything changes. His behaviour becomes increasingly volatile and violent. He stays out all night, returning home bloodied and full of secrets.

Lonely and frustrated, Susannah starts following the gruesome reports of a spate of murders in Whitechapel. But as the killings continue, her mind takes her down the darkest path imaginable. Every time he stays out late, another victim is found dead. Is it coincidence? Or is her husband the man the papers call Jack the Ripper?

Susannah doesn't want to end up like her mother, bearing a child out of wedlock and becoming a prostitute to pay the bills, so when she gets the chance to train as a nurse at the Royal London Hospital in Whitechapel, she jumps at the chance.

There she meets a handsome Doctor, Thomas Lancaster. He tries every trick in the book to woo her and it works. They are soon married and move into a grand house in Chelsea with it's own housekeeper, but it doesn't take long before things start deteriorating. Thomas's personality changes overnight and he is violent towards her.

Things change within the household at the same time as a series of women are murdered in Whitechapel by an unknown assailant. It doesn't take long before they are nicknaming the culprit as "Jack the Ripper".

When Thomas's behaviour gets so bad and he goes missing for days on end and when he does eventually return, he is covered in blood, it doesn't take Susannah long to put two and two together and begin to dread that her husband could be Jack. The only way to find out is to follow him to see what he gets up to on the days when he goes missing.

This is an absolutely brilliant story of love, loss, death, debauchery and everything in between! I loved it (as I knew I would as soon as I read the blurb). Very well researched

If you are a fan of reading about old London Town and have a bizarre fascination with Jack the Ripper (as I have - I am even related to one of the victims ancestors by marriage! ), then you will love this book.

A fabulous debut by Clare Whitfield. She has her second book coming out early next year and I for one, cannot wait to read it.