London, 2004. Frankie didn't always have it easy. Growing up motherless, she was raised by her grandmother, who loved her – and betrayed her. For years, the rift between them seemed irreparable. But when their paths suddenly cross again, Frankie is shocked to realise that her grandmother is slowly losing control of her memory. There is a darkness in her past that won't stay buried – secrets going back to wartime that may have a devastating effect on Frankie's own life.

Somerset, 1940. When seventeen-year-old Violet's life is ripped apart by the London Blitz, she runs away to join the Women's Land Army, wanting nothing more than to leave her grief behind. But as well as the terror of enemy air raids, the land girls at Winterbourne Orchard face a powerful enemy closer to home. One terrible night, their courage will be put to the test – and the truth of what happened must be kept hidden, forever . . .
Review
I do love a dual timeline story, especially a wartime one and so I jumped at the chance to review this one.
Violet is a young woman during WWII (1940) and when tragedy strikes she needs to run away from her life because she doesn’t want to do the ‘norm’ and settle down, but wants to do her duty, so enlists to the Women's Land Army under an alias. If she thought she was going to have it easy, she was very much mistaken!
She arrives at a fruit orchard in Somerset where the estate manager, Hardwick makes her and the other Land Girls an absolute misery. However, she finds out that everyone it seems, has secrets they don’t want others to find out, including Hardwick.
We then travel forward to 2004 and Violet's Granddaughter Frankie has a distant relationship with her Grandmother to say the least. Frankie works as a journalist for a large newspaper and this is how they are brought back together.
I personally enjoyed the 1940 storyline the best, but it was great to read how violet and Frankie got to rebuild their relationship.
This was an enjoyable, if chunky read, but a great story with some loveable characters. 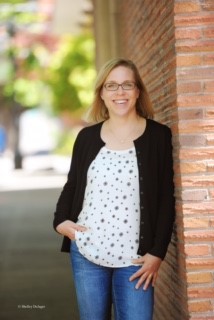 Nikola Scott started out in book publishing and worked as a crime fiction editor in America and England for many years. Turning her back on blood-spattered paperback covers and dead bodies found in woods, she sat down at her kitchen table one day to start her first novel — and hasn’t stopped writing since. Obsessed with history and family stories (‘How exactly did you feel when your parents gave the house to your brother?’) she is well-known – and feared – for digging up dark secrets at dinner parties and turning them into novels.

Her first two books, My Mother's Shadow and Summer of Secrets, have both been international bestsellers and were translated widely around the world. Nikola lives in Frankfurt with her husband and two boys (and a kitchen table).

Once a month, Nikola sends out a popular newsletter about writing, reading, book news, freebies and loads of therapeutic baking. Join in here if you’d love to be a part of it all: bit.ly/NikolaScottNews

For more info on Nikola, visit her website at www.nikolascott.com